Not only did exports hit a record high; 2022 proved to be a great year for the sheer scope of new releases. Brands had every category brilliantly covered. Part One of a roundup of some of the watches that debuted in 2022.

Watch industry observers tend to begin any new year with a review of the trends that will shape much of what’s on offer in the months to come. A task complicated by the fact that in 2022 brands were prolific across the entire horological spectrum. Whatever the category of watch under scrutiny, eloquent examples abound. We are compelled to admire the diversity and creativity, balance and measure to have come out of the manufactures these past twelve months and on to shows such as Watches and Wonders Geneva, along with sister shows in Shanghai and Hainan in China, as well as Geneva Watch Days.

Granted, these are not the high days and holidays the industry has experienced in the past, but in a period marked by the gradual lifting of Covid-19 restrictions, brands have demonstrated their capacity to tap into the upturn with a raft of innovative and attractive timepieces. They carry on a long tradition with the originality we expect from a sector of the economy that knows when and how to rethink itself. Did they hit the mark? The figures speak for themselves, with Swiss watch exports setting a new record in 2022 at close to CHF 25 billion.

Firstly, in a change from previous years when every brand was dusting off its icons or giving old-school accents to its new releases, vintage proved a more discreet trend. As though nostalgia for bygone days had been “relegated” to the fast-growing pre-owned market. Yes, 2022 did bring a Cartier Tank Chinoise, a Tudor Ranger, a Speedmaster ’57 Calibre 9906 and a Zenith Revival A3642, not forgetting the Breitling Navitimer Cosmonaut, but these revisits were rare. As was bronze, frequently partner to these pre-digital designs. Yellow gold, on the other hand, is enjoying something of a revival.

The second remark pertains to the extreme properties of certain models; proof of the intense research and development within the industry. Omega presented a “general public” version of the Ultra Deep dive watch which in 2019 accompanied the explorer Victor Vescovo 10,935 metres to the bottom of the Mariana Trench. The Swatch Group brand unveiled seven Ultra Deep watches in the Seamaster Planet Ocean collection, all rated water-resistant to 6,000 metres!

Still in the realm of the impossible, ultra-thin watches sparked a new duel between, on the one hand, Bulgari, already with seven records under its belt since 2014 and, on the other, not Piaget but an unexpected contender, Richard Mille. Bulgari drew first, when in March it unveiled the Octo Finissimo Ultra, which transforms the way a mechanical watch is constructed to reach a thickness – hardly the appropriate term – of 1.8 millimetres. Cue applause and hearty congratulations for this world-beating performance from a brand that is now firmly established at the pinnacle of prestige watchmaking and which skimmed 0.2 millimetres off the previous record, held by Piaget for the Altiplano Ultimate Concept.

That was before Richard Mille rocked up with its first watch in honour of its partnership with Ferrari. Launched a couple of months after the Octo, the RM UP-01 snatched the world’s-thinnest title with a thickness of… 1.75 millimetres. Again, this is a watch that completely breaks with the usual stylistic codes but with a traditional construction of a movement assembled inside a case, rather than have the caseback do double duty as the movement plate. Have we reached the physical limits of mechanical watchmaking? The answer, perhaps, in 2023.

While we’re waiting, another approach to mechanisms is winning hearts and wrists. By revealing as much of the inner workings as possible through materials such as sapphire, or by openworking dials and skeletonising movements, brands are taking transparency to new levels so as to focus attention on what is the essence of a mechanical watch. With so many enthusiasts gaining a deeper understanding of what makes a watch tick, the subtle swing of the balance wheel as it interacts with the escape wheel becomes a sight to behold and also to appreciate in full, made all the more fascinating when complications are involved.

This desire to bare all is spreading through collections with more and more force. From Audemars Piguet (Royal Oak Jumbo Extra-Thin Openworked) to Glashütte (Panomatic Calendar), from Hublot (Big Bang Tourbillon Samuel Ross) to Vacheron Constantin (Overseas Tourbillon Skeleton), from Rebellion (RE-Volt Carbon) to Parmigiani (Tonda PF Skeleton), from Czapek & Cie (Rattrapante Ice Blue) to Chopard (L.U.C Full Strike Sapphire), the list is long. As long as the list of “sustainable” watches is still regrettably short. There have been some advances in the materials used for straps. ID-Genève’s compostable strap is made from seaweed; IWC has opted for Mirum®-based MiraTex™ which is low-carbon and completely free from plastic and petrochemicals. Brands seem to have been less inspired in their sustainability efforts where cases are concerned. Panerai continues to lead the field with eSteel alongside Chopard and its ethical gold. The one exception is the Ulysse Nardin Diver The Ocean Race, which is a series-production offshoot of the environmentally conscious Diver Net concept watch that was introduced in 2020. Think about it when you book your next flight… 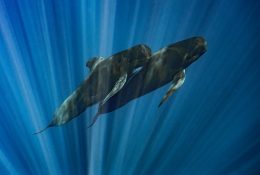 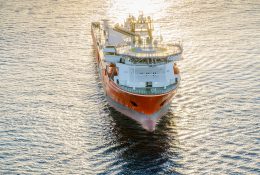