At Watches&Wonders, Cartier again left no doubt as to its extraordinary capacity for innovation. The Maison also presented Shape Your Time, a new corporate film intended to capture the essence of its timepieces: creativity brought to life by flawless mechanisms.

Product presentations are often little more than thinly disguised opportunities for some self-administered back-patting wrapped up in grandiloquent phrases and a flow of glowing superlatives. Not so Cartier’s presentations at Watches&Wonders in Hong Kong. After a brief and informative introduction about the firm, established 1847, it was time to hand over to the products, “the reason you’re here,” the master of ceremonies observed, eliciting a murmur of approval from the audience, all eager to discover the marvels about to be unleashed on them, and secretly wondering if they would be able to keep their emotions in check or whether they would struggle to still their beating heart.

A 90-second immersion in time

What they saw was enough to put even a Zen master to the test. After the creative onslaught that came early in the year, when the brand unveiled some one hundred new products at the Salon International de la Haute Horlogerie, Cartier arrived in Hong Kong with sixteen new creations including two original movements, five one-off pieces, Les Heures Joaillières, and a mystery clock. A feat very few Maisons are able to achieve in such a short lapse of time and, in the words of International Marketing and Communications Director Arnaud Carrez, “what makes Cartier so unique.”

The film is described as a message to the people of today.

Reinforcing this view, the brand chose Watches&Wonders for the launch of its latest corporate film, Shape Your Time. After L’Odyssée de Cartier, introduced in 2012 and seen by some 160 million spectators worldwide, this new opus, also the work of Bruno Aveillan, is entirely dedicated to the company’s clocks and watches. The film is described as “a message to the people of today, entrepreneurs, visionaries, creative and passionate people who, like the founders of Cartier, are connected to the world of tomorrow.” For one and a half minutes, the brand leads us on a journey into Cartier time, from the inventions of the early twentieth century that have become the classics of today, such as the Santos in 1904, to the very latest concept watches, the ID One and ID Two, which herald the watchmaking of the future. 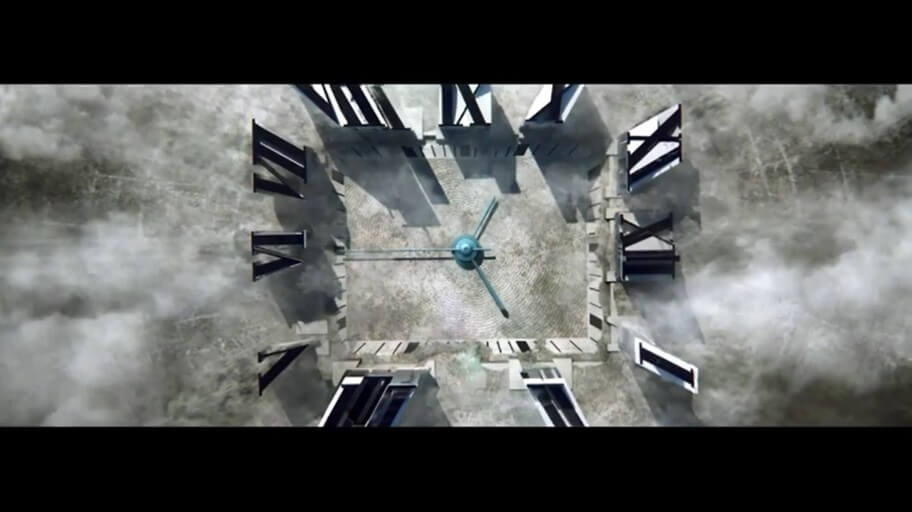 A new collection of petites complications

“From the very beginning, Cartier watchmaking has reached out to dreamers and free spirits such as Yves Saint Laurent and Andy Warhol,” Arnaud Carrez continued. “We are continuing in this vein with watches that we like to describe as creative horology.” The pieces unveiled at Watches&Wonders didn’t err from this reputation, not least the Pasha 42mm Skeleton Dragon Decor. The hand-wound 9617 MC calibre, set with 233 diamonds on the dial side and fully engraved on the reverse side, indeed resembles the dragon of legends, a symbol of power and prestige. The Rotonde de Cartier Second Time Zone Day/Night with its 1904-FU MC calibre ushers in a new collection of petites complications for men, combining a second time zone, a day/night indication, large date and small seconds. All the movement functions are adjusted via the crown. As the brand itself remarks, with its Roman numerals, cabochon crown, apple hands and railroad minutes, this watch cultivates a formal classicism around the signature features of a Cartier watch.

This left Les Heures Joaillières, a stunning display of Cartier’s Fine Jewellery expertise in five one-off creations spanning abstraction, hidden time and new interpretations of the animals that are part of the Cartier legend. The métiers d’art are, as one might imagine, prominent in these new pieces. Cartier has championed these decorative arts since 1999 and again this year is training the spotlight on five ancestral techniques that it is working to revive. The world of Cartier is clearly a world without end.