Following on from Chopard Manufacture in 1996, the brand opened a second site, Fleurier Ebauches, in 2009. Designed for high-volume production, it makes the new ladies’ calibre for the Happy Sport that Chopard is presenting at Baselworld 2018.

At a time when reindustrialization efforts are high on government agendas, especially in the United States, it might come as a surprise to learn that Val de Travers, a Swiss valley in the canton of Neuchâtel, and more specifically the quiet town of Fleurier are twenty years ahead of the trend. Most of the credit for this goes to the watch industry and the three brands that have set up their production capacity in the region. Parmigiani was first to arrive in 1975, forming a vertically integrated group with Vaucher Manufacture Fleurier shortly after; Bovet came next, in 1989, opening part of its workshops inside Château de Môtiers, and thirdly Chopard, in 1996. Through them, a tradition has been revived.

Watchmaking was introduced to Fleurier in 1730, and by the end of the 1700s this rural village had become home to 106 watchmakers – 13% of the population. After growing steadily, activity really took off from 1820 when the Bovet brothers, who had a virtual monopoly on watch exports to China, chose Fleurier to produce their famous “Chinese” pocket watches. The town prospered; its reputation grew alongside its population, which doubled during the second half of the nineteenth century. Come 1890, some 650 watchmakers had set up shop there, making up over a fifth of the townsfolk. Watches left Fleurier for China, but also Turkey, Egypt, the United States, England, France and Spain. Then came the depression years of the 1930s. The golden age of watchmaking in Fleurier was over… or so it seemed.

For Chopard, having its own manufacturing facility was the only means of taking the brand higher up the quality ladder.

Manufacture movements for women, too

Enter our trio of watchmakers. For Karl-Friedrich Scheufele, co-president of Chopard, having its own manufacturing facility was the only conceivable means of taking the brand higher up the quality ladder. The first step was completed in 1996 with the opening of a production site manufacturing high-end L.U.C movements. Some 160 people now work there. A man of singular vision, as well as great conviction, Scheufele engineered the next step in his project and in 2009 Fleurier Ebauches saw daylight – a new unit producing the brand’s large-volume calibres that employs around fifty staff. Anyone visiting the site will notice the highly automated production lines and just-in-time organisation aimed at minimising inventory and maximising productivity. Between 11,000 and 15,000 units are made there each year, although the site is equipped for a far greater capacity of up to 60,000 units.

The new Chopard 09.01-C automatic calibre that is making its debut inside the Happy Sport, for the watch’s 25th anniversary, will clearly contribute. “I’m delighted that last autumn we began production of an automatic movement for ladies’ watches that features in certain of the timepieces we are presenting at Baselworld,” says Scheufele. “It represents a strong addition to our range of in-house movements as we have many ladies’ watches in our collection. It’s also an important development that will enable us to considerably increase production at Fleurier Ebauches.” Until now, the factory has produced two movement families, used mainly in the Mille Miglia collections. Given Karl-Friedrich’s well-known love of classic cars, this racing-inspired range will remain a priority. Even so, and given increased demand among women watch-buyers for mechanical and in-house movements, this ladies’ calibre signals an important new era for Fleurier Ebauches. 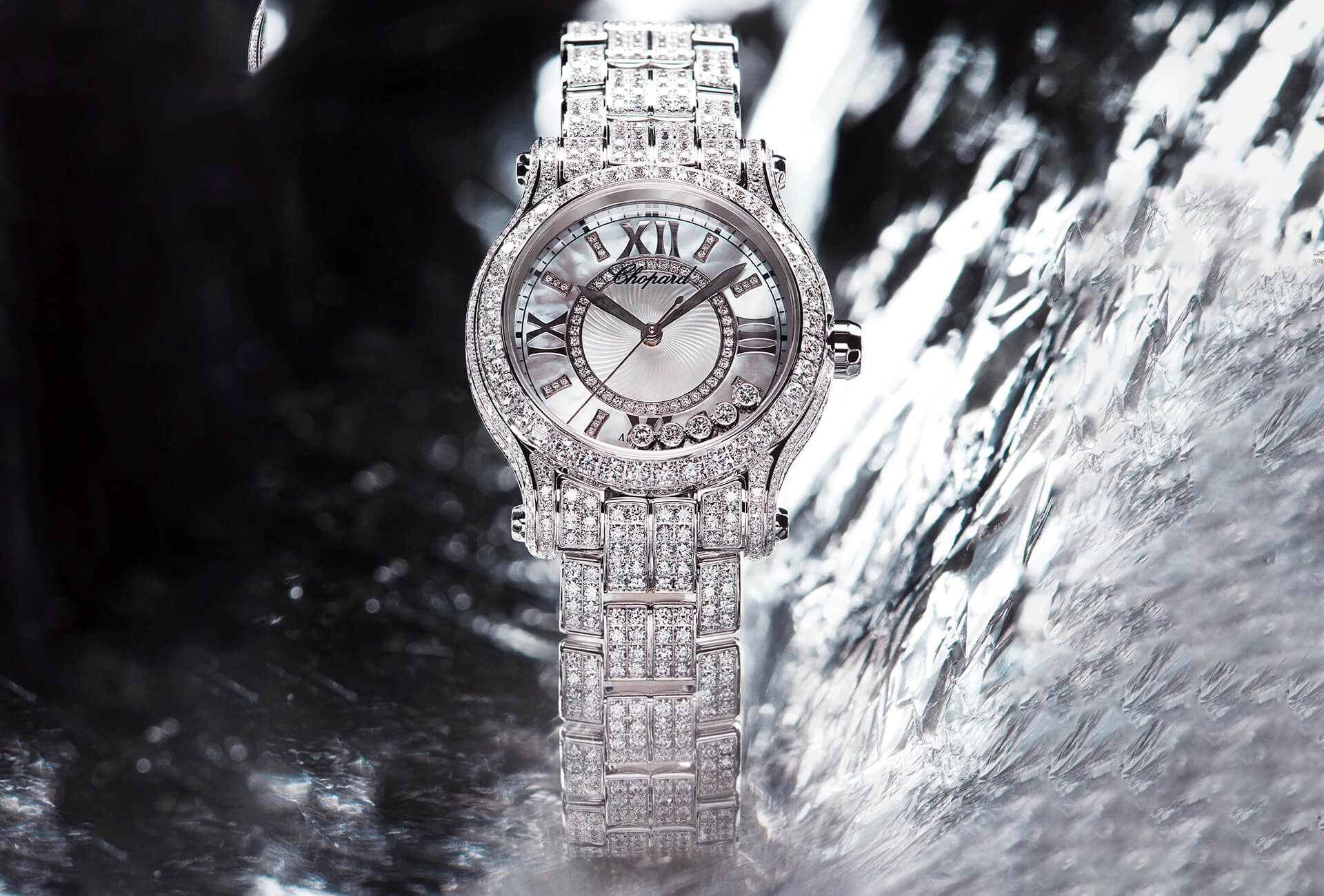