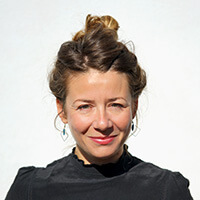 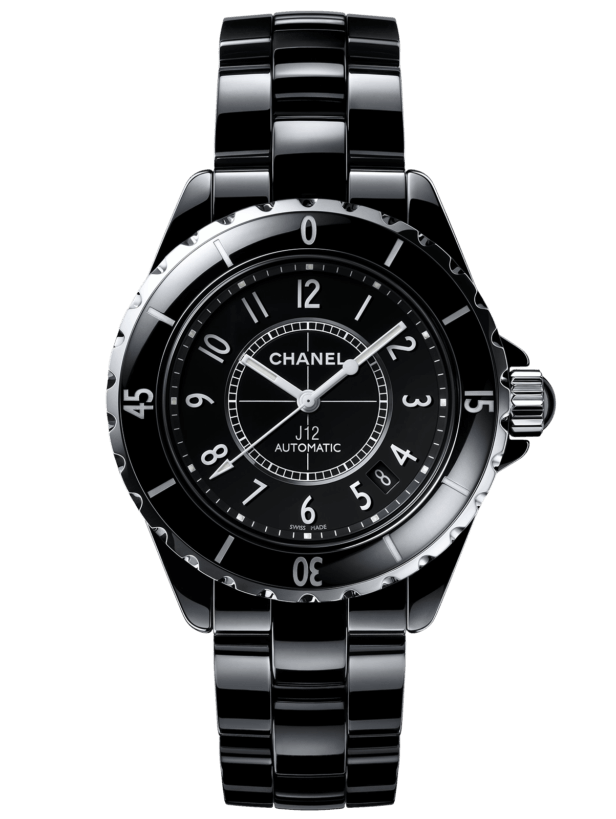 Chanel J12
Chanel
Fabio Teta
The J12 has succeeded in imprinting a new style, making it a standout among watches with its all-over black ceramic and sport-chic attitude, a match for any occasion.
Order now

Its launch in 2000 was a masterstroke. Cloaked in ceramic, almost always black or white, the J12 continues to reign over Chanel’s watch collections. A look back at the story of this iconic watch that is as modern today as on the day it was born.

It could have been drawn by Gabrielle Chanel herself. Black. White. The timeless elegance of contrasts and clean lines. The J12 is shot through with the essence of Chanel, and yet owes nothing to Coco’s impeccable eye. This horological stroke of genius, as fresh today as eighteen years ago, is the work of Jacques Helleu, the late lamented artistic director who thirteen years earlier had taken Chanel into the world of watches with the Première. Back then, industry insiders were dubitative as to a Haute Couture house’s inclinations to break into watchmaking territory. When the J12 was launched, the barriers came down.

Mademoiselle Chanel firmly believed that “black has everything. So has white. They have absolute beauty. They are a perfect match.” The J12 put the seal on their union and, at the same time, dropped a stylistic bombshell. High-tech ceramic had barely made inroads into watchmaking. Only Rado had thus far dared bet on this innovative and equally hard-to-machine material, with a collection unveiled in 1986. It would be down to the J12 to kickstart the trend, and spark something of a media frenzy in the process.

As always at Chanel, design came first, technique followed. Jacques Helleu sat down and asked himself the basic question, how could he do credit to Gabrielle Chanel’s beloved black, and how could he elevate its intensity? Ceramic quickly emerged as the perfect solution. This innovative material offers numerous advantages. Six times harder than steel, it is scratchproof, hypoallergenic and naturally adapts to the temperature of the skin. It is also highly complex to produce. Undeterred, Chanel put together its own formula, a blend of zirconium dioxide (zirconia) and yttrium oxide (yttria) powders, natural minerals, pigments and a binding agent which is heated to over 1,000°C. Machine-polished in successive stages, the result is striking. The J12’s sporty silhouette, which Jacques Helleu had imagined as simple and essential, is draped in absolute black. The ceramic case is topped by a wide bezel with a notched steel surround. The bracelet wraps its three rows of articulated links around the wrist, as supple as a second skin. Black has the final say on the dial too, interrupted only by twelve Arabic numerals, the railroad minute track in the centre, and the “Automatic” inscription that leaves no doubt as to the mechanical nature of the movement.

The J12 sparked a media frenzy. Better still, it was declared an icon of twenty-first-century watchmaking.

From the moment it landed, the J12 took the market by storm. Journalists described it as nothing less than a phenomenon. Better still, it was declared an icon of twenty-first-century watchmaking. Understandably, given this rapturous welcome, barely three years later Chanel launched a new iteration in white ceramic, its almost opalescent sheen a reminder of the camelia Gabrielle Chanel wore in her buttonhole. As demand continued to grow, Chanel integrated the expertise of its ceramics manufacturer, G&F Châtelain, in La Chaux-de-Fonds. The J12’s whirlwind success inspired new variations with the introduction of a tourbillon in 2005. A further five years on, and more mechanical intricacies found their way into Chanel’s new icon in the form of a retrograde mysterious movement. A new year brought yet another innovation for the J12, which in 2011 became the Chromatic, its forms sculpted from titanium ceramic, the colour of a storm-laden sky, displaying different nuances as the light changes.

From haute couture to high precision

Throughout the years, the J12 has shown itself to be a most versatile design, whether dressed up for evening under a cloak of diamonds or in sports mode with a blue unidirectional rotating bezel. It can be light as a feather as the Superleggera, cut from ceramic and aluminium. Or a stickler for precision when powered by Calibre 3125, personalised by Audemars Piguet for Chanel with a black high-tech ceramic rotor mounted on ceramic bearings. It can be made for the catwalk, more glamorous than ever in its XS version, attached to a cuff in rock-chic leather or hand-embroidered with sequins by Lesage. It even lends itself to a ring, the ultimate accessory for a woman who likes to keep time close at hand. Yet however many versions it inspires, its identity is undiluted. First black. Then white. And the magic of ceramic to crown the unmistakable and elegant lines that Jacques Helleu imagined 18 years ago.

Chanel J12
Chanel
Find This Watch
Choose your preferred country to be re-directed to the relevant retail website.