To mark the 125th anniversary of the birth of Le Corbusier, the La Chaux-de-Fonds watchmaker Girard-Perregaux presents three commemorative watches inspired by key periods in the visionary architect’s life.

Over 2012, Girard-Perregaux has sent its young watchmakers out into the hustle and bustle of New York and Beijing, celebrated World Oceans Day with the Rockefeller family, and paid tribute to Bishop Desmond Tutu, winner of the Nobel Peace Prize in 1984. Established in 1791, the La Chaux-de-Fonds Manufacture is chalking up initiatives aimed at making its presence felt and giving the brand a youthful boost at the same time. To quote Michele Sofisti, CEO since August 2011 of Sowind group which owns Girard-Perregaux and JeanRichard: “Over the past fourteen months, Girard-Perregaux hasn’t turned just one page in its history but ten!”

The Manufacture’s latest event to date is the launch of three limited-edition watches to celebrate the 125th anniversary of the birth, in La Chaux-de-Fonds, of the architect Charles-Edouard Jeanneret, known to the world as Le Corbusier. These are memorable watches on several counts. Firstly for the sheer nerve and ingenuity of the designer-developers who gave one of these timepieces a concrete dial, a first in watchmaking. Then because the official unveiling took place at the Maison Blanche, Le Corbusier’s first architectural project in his home town. He was just 25 and intended the house for his parents.

Sold as a set of three or individually, they challenge conventions.

All three watches – which Girard-Perregaux has named the Le Corbusier Trilogy – are proposed in a limited edition of five each. Sold as a set of three or individually, they challenge conventions and pay tribute to key periods in the architect’s life, symbolised by three towns or cities: La Chaux-de-Fonds, Paris and Marseilles. The starting point for this trilogy is none other than the iconic rectangular Vintage 1945, itself a reference to a pivotal date in Le Corbusier’s career as this is the year he invented his Modulor system, a six-foot tall human figure which the architect hoped would replace the metric system as a measure when designing buildings, making them more in proportion to their future residents.

The Vintage 1945 Le Corbusier La Chaux-de-Fonds is the first piece in the trilogy. Its mother-of-pearl marquetry dial pays homage to Charles-Edouard Jeanneret’s initial vocation: before becoming an architect, he studied engraving and chasing at the Ecole d’Arts Appliqués in La Chaux-de-Fonds. Its rose gold case highlights the subtle palette of the mother-of-pearl dial, which takes a full seven days to produce. Next is the Vintage 1945 Le Corbusier Paris. A steel case frames a dial whose hand-engraved decor represents the Modulor system. Perhaps the most striking feature of this watch is the strap which, rather than the more usual alligator, is fashioned from cowhide. A nod at the iconic and often imitated Le Corbusier chaise-longue with its curved tubular frame and pony skin cushion. Lastly, the Vintage 1945 Le Corbusier Marseille trains the spotlight on his architectural legacy. Le Corbusier was a pioneer in the use of concrete, hence this watch’s concrete dial. Each one is poured, dried and finished by hand over a period of three days. Concrete is as much a rarity in contemporary watchmaking as it was at the time of the Cité Radieuse, the Unité d’Habitation (“housing unit”, a single structure block) which Le Corbusier built in Marseilles, and which ranks among the first major architectural developments of the post-war years.

The impetus for this trilogy came from the town of La Chaux-de-Fonds itself, which invited Girard-Perregaux to contribute to its commemoration of the 125th anniversary of Le Corbusier’s birth. Says Michele Sofisti, “we wanted to celebrate this jubilee in an intelligent and constructive way, and I’m personally delighted with this project.” Despite being a magnificent showcase of horological expertise, the Trilogy series is intended as a one-off commemoration and will not be continued. The royalties which the Manufacture paid for the right to reproduce Le Corbusier’s work go to the Association Maison Blanche for the maintenance of the house of the same name, and to the Fondation Le Corbusier to finance restoration of Villa Le Lac in Corseaux, another of the renowned architect’s major works. 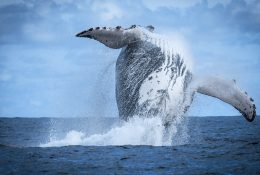