Mechanical watchmaking gets a boost from UNESCO

Mechanical watchmaking gets a boost from UNESCO

UNESCO’s inscription of mechanical watchmaking and art mechanics on the List of the Intangible Cultural Heritage of Humanity was a victory for those involved. Six months on, as the groundwork for future action is prepared, in Sainte-Croix initiatives are already well under way.

Last December’s inscription of the craftsmanship of mechanical watchmaking and art mechanics on UNESCO’s Representative List of the Intangible Cultural Heritage of Humanity was as much a victory as the Swiss team’s performance in the Euro 2020 football championships (minus the crowds that took to the streets in celebration). “We live in an age that is more focused on virtual reality, artificial intelligence and digital tools, and less inclined to value hand craftsmanship,” says Nicolas Court, a watchmaker and maker of automata in Sainte-Croix. “The inscription on the UNESCO List can be seen as a form of recognition for the values that our professions and skills represent. At a time when we could almost have felt ignored, we’ve been given a signal that what we do is worthy of recognition, even admiration. So, yes, you can call it a victory.”

The core of a region

If, by chance, this victory had prompted the same reaction as the Swiss squad’s nail-biting penalty shootout, it would have been one heck of a party. The watchmaking sector directly employs 50,000 people in Switzerland and a further 10,000 from France, along the arc formed by the Jura mountains where the industry is concentrated. The country’s third largest export sector after pharmaceuticals and machinery, watchmaking underpins an entire region’s economy and shapes its culture. The application that was submitted to UNESCO describes this expertise as being “at the crossroads between science, art and technology, bring[ing] together individual and collective, as well as theoretical and practical knowledge in the fields of mechanics and micromechanics. This border region between France and Switzerland is home to a wide range of craftsmen, businesses, training institutions, museums and associations that promote and transmit these techniques that require the human hand. Those highly skilled techniques combine tradition and innovation.”

Watchmaking schools must navigate between hand lathes and CNC machines.

The Geneva Watchmaking School is one of those institutions, teaching students skills that extend from using a hand-operated lathe to programming a CNC machine. “This explains why the inscription by UNESCO was so important,” notes the school’s principal, Pierre Amstutz. “It’s a fabulous decision but also a fundamental one as far as we are concerned. If we were to listen to industry, it wouldn’t be long before schools started dropping certain subjects from their curriculum. First to go would be pivoting, a traditional technique in watchmaking that we teach and will continue to do so. It’s essential that the country’s watchmaking schools provide training in order to keep these skills alive.” Schools are not the only ones to have responded to the news. Six months after UNESCO’s decision, other institutions are hard at work. One of the major projects is the Interreg Arc Horloger, which is steered on the Swiss side by the Regional Development Hub for the cantons of Berne, Jura, Neuchâtel and Vaud, and, in France, by the Greater Besançon Area. The project’s other partners are the International Horology Museum (MIH) in La Chaux-de-Fonds, the Swiss Federal Office for Culture, the City of Besançon and its Museum of Time, and a group of towns in France’s “watchmaking country”, along the border with Switzerland, between Morteau and Maîche.

The Arc Horloger project has set itself three objectives: create a Franco-Swiss coordination structure; develop information and communication resources, and implement the first safeguard measures among those set out in the UNESCO application. A photo exhibition held jointly at the MIH and the Museum of Time is setting the ball rolling, with the best yet to come. Michel Bourreau, a clock and watch restorer and prototype-maker who was involved in putting together the application, explains how events will unfold: “Our first job is to appoint a steering committee tasked with setting up the permanent structure which, as of 2023, will carry out its mission to promote and safeguard skills in mechanical watchmaking and art mechanics. The Arc Horloger project has already sent out a comprehensive questionnaire to identify “knowledge bearers”, the aim being to compile an exhaustive database of the different specialisations, in particular those most at risk. The greatest challenge, and this is already clear, will be to strike a balance between the industrial heavyweights that have the financial and communication resources, and the small businesses that have artistic and cultural expertise.”

”UNESCO’s decision is a huge boost to motivation”

“Just don’t forget those in the front line,” says Denis Flageollet, cofounder of De Bethune. While these early stages are mostly concerned with setting up the appropriate structures, the real work to promote and safeguard these skills will be down on the ground. Message received loud and clear in Sainte-Croix, which didn’t wait for last December’s announcement to spring into action. “UNESCO’s decision is a huge boost to motivation,” adds Denis Flageollet. “It encourages us to move forward with this mission to safeguard mechanical skills, the trick being to avoid a situation where there are more promises than actual results.” Nothing could be further from the truth in Sainte-Croix. At the heart of the action, Mec-Art is an organisation that benefits from the full support of the town of Sainte-Croix and the canton of Vaud. It recently appointed Michel Bourreau as its new superintendent and has the firm intention to propose more training in art mechanics (the first courses were set up in 2018), while becoming a hub for interested parties across the region. From knowledge-sharing initiatives to a catalogue listing current training opportunities and a programme to help professionals acquire specialised skills, there is already a lot happening in Sainte-Croix, where certain tools and equipment are in short supply (brands take note …).

Denis Flageollet is convinced this dynamic owes a lot to Sainte-Croix’s unique circumstances. “It’s the only place in the world where you’ll find the skills to make musical boxes, automata and watches. We’re also well served by the northern Vaud vocational centre, the engineering school in Yverdon and the Swiss Federal Institute of Technology in Lausanne. Not forgetting our own Technopole. Thanks to this, we have the capacity to bring traditional art mechanics to the fore, but hand-in-hand with new technologies. This exceptional concentration of competencies is bringing fresh talent to Sainte-Croix, which is exactly what we’re aiming for. It’s fantastic to see everything that’s taking shape, with this welcome boost from UNESCO. It’s clear we need a new generation of mechanical art craftsmen and women who will gradually take up the mantle.” All eyes are on Sainte-Croix …

Ryma Hatahet is a heritage curator and restorer. She is organising an interprofessional symposium on horology and art mechanics, held alternately in France and Switzerland. The first edition, which will include talks and panels, will be in 2022 in Besançon. 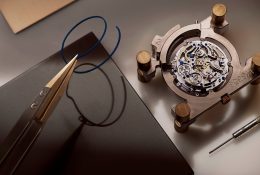 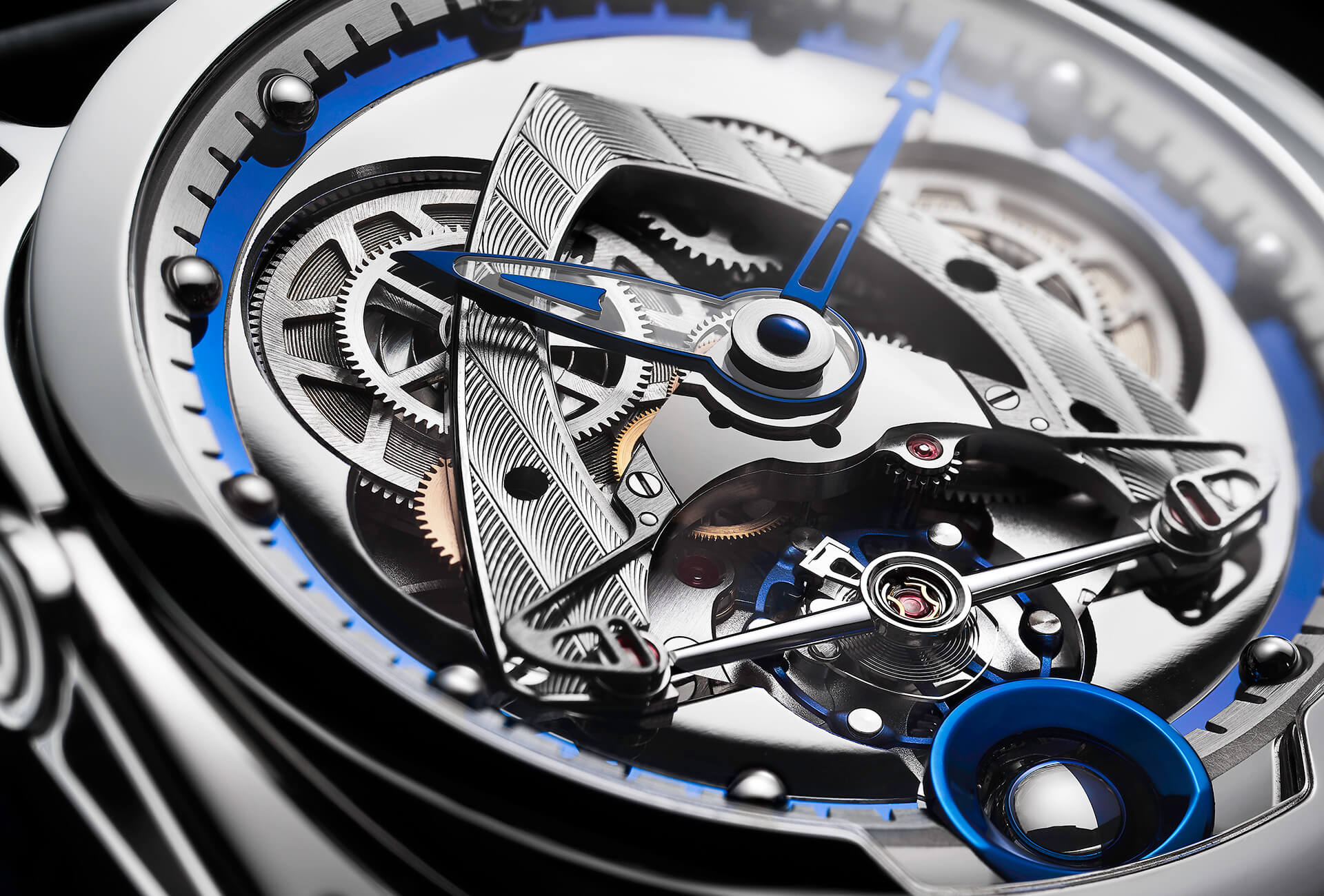