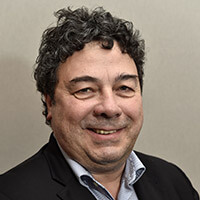 “Eternity is a very long time, especially towards the end.”

At the head of Harry Winston, Nayla Hayek, who also chairs the board of directors at Swatch Group, talks about progress made since the brand was taken over by the Biel-based group, and future focus.

Nayla Hayek begins with a summary of the most significant measures taken since Harry Winston became part of Swatch Group: “First of all, we’ve adjusted the price of our watches, as several collections were priced almost 30% higher than their competitors. We made important changes to certain models, with a new case construction and movements sourced within the group. Our mechanical calibres are now made by Blancpain Manufacture while quartz movements come from ETA. We’ve also introduced new lines at lower price points, with entry level at around CHF 10,000. We still continue to produce all our watches in gold, a tradition started by Harry Winston, and are not surfing the steel trend.”

We’re extending our distribution network for watches among retailers which, for the most part, also carry the Breguet and Blancpain brands. Jewellery, on the other hand, is only proposed in our Salons of which there are thirty-two, compared with around twenty when we acquired the brand. We shan’t be opening any more in the immediate future, simply because production is highly exclusive hence we would be unable to supply more points of sale. Nor do we want any significant increase in our jewellery production. When we acquired the brand, the then management had plans to sell jewellery through watch retailers. We immediately put a stop to the project. Harry Winston jewellery, which is made only in New York and in limited quantities, must remain exclusive. We intend to preserve this specificity and this expertise.

Jewellery accounts for a considerably larger proportion of sales than watches, and this will remain so.

The majority of people associate Harry Winston with High Jewellery and extraordinary gems. Is it compatible with the introduction of more affordable watches?

Do Harry Winston timepieces benefit from the brand's renown as a jeweller?

Some considerable changes were made when you took over the brand. Have things calmed down now?

Yes, although most of these changes were centred on Geneva. In New York, a few positions and titles didn’t correspond to our organisational policy, which favours a flexible structure and direct hierarchy. We adapted certain positions to this effect, for example by reintegrating a watch marketing department in Geneva where it’s in the front line, close to needs.

What proportion does jewellery represent compared to watches?

Jewellery accounts for a considerably larger proportion of sales than watches, and this will remain so. We will continue to grow in the watch segment. At the same time, new point-of-sale openings will have a strong impact on our jewellery sales.

Watches with a price tag of several hundred thousand are under pressure. What's the situation at Harry Winston?

This year we’re presenting Histoire de Tourbillon 7 at CHF 580,000. Such exceptional timepieces are still highly coveted, like a jewel or a classic car. These watches still attract the interest of loyal customers and collectors who continue to buy. Certain new customers are more cautious, and will probably give the matter careful thought before deciding.

The consensus among experts is that globally the market for jewellery has greater potential than watches. Do you agree?

The market for jewellery does have strong growth potential for the most prominent brands. Also, High Jewellery and imposing gems have become a lasting investment in these troubled times. Buyers want to put their money in assets that will stay the course. That said, collector’s watches such as the Opus are also highly sought-after by enthusiasts who are prepared to invest considerable amounts. In China, on the other hand, we’ve noticed a change in habits: sales are increasing in volume terms but customers are choosing more discreet styles, in non-precious materials. Which isn’t the case elsewhere in the world.

We had a very good year in 2015, in particular thanks to point-of-sale openings in new markets.

Do you think people will continue to invest in gems, or is this a characteristic of the current economic climate?

Jewellery has always played a central role in a woman’s life. Right now, I think these two aspects exist side by side: on the one hand, the seduction and endless fascination of jewellery and, on the other, the security of a sound investment.

The group took a big step forward in High Jewellery when it bought Harry Winston. Do you have other ambitions in this field?

Not in the immediate future, although if an opportunity arises we will give it our full consideration. For the time being, our priority is to preserve all jobs within the group.

The watch market has faced a more difficult situation in recent months. What's the state of play at Harry Winston, and how do you see the future?

We had a very good year in 2015, in particular thanks to point-of-sale openings in new markets, and we expect it will be the same in 2016. We’re enjoying strong growth, and can therefore take a very positive view of the future.