When financial markets head south, attention shifts to alternative investment opportunities, including timepieces. Is putting your money where your watch is a smart move or a risk?

On March 21 Antiquorum became the first watch auction house to hold a sale during lockdown. While others chose to review their calendar and reschedule for dates sans social distancing, Antiquorum dug in its heels and hosted an event in an empty saleroom in Geneva, connected to a thousand pre-registered online and telephone bidders. And its tenacity paid off, having realised CHF 3.28 million for 194 lots sold or an average of just under CHF 17,000 per watch. Encouraged by this first success, Antiquorum held another virtual dispersal, this time in Hong Kong on May 10, for an almost identical result of CHF 3.29 million shared between 265 lots; almost CHF 13,000 per item.

Apart from the circumstances of these sales, one noteworthy thing about Antiquorum is that the watches crossing the block run the gamut of prices. Bidders with less than a six-figure salary have a chance of bagging their chosen lot. At the Geneva sale, for example, a Tudor ref. 9111 Ranger II in steel from 1974 went for CHF 4,000 while a Rolex ref. 1500 Oyster Date from 1979, also in steel, sold for CHF 3,250. At the other end of the spectrum, a Rolex ref. 6241 Daytona “Paul Newman” in steel from 1967 climbed to CHF 181,000 and a Patek Philippe ref. 5131/1 World Time in yellow gold with enamel dial from 2009 changed hands for CHF 150,000.

The results of the Antiquorum sales didn’t go unnoticed at a time when the watch industry was at a standstill, and with little joy to be had from markets. So are watches a sound investment? It’s a tempting thought, particularly when financial markets are plummeting – which is precisely what happened when stocks fell sharply from highs in February. In the United States, the Dow Jones lost 38%, France’s CAC 40 dropped 40% and the Swiss SMI fell by 32%. Granted, markets have regained poise since March 23 on the back of stimulus measures outlined by governments and central banks but, despite making up lost ground on a wave of optimism that would appear curiously immune to statistics, how they respond as the economy restarts has yet to be seen.

97% of watches arriving on the market have little to no chance of seeing their value increase.

In these circumstances, tangible assets such as art, wine, real estate or watches are bound to draw attention (in the latter case, the share price of the sector’s giants has suffered a sharp drop since February, with Swatch Group losing 33% and Richemont down 25%). But are watches a wise investment opportunity for the (wo)man in the street? There is no quick and easy answer. René Beyer heads one of the oldest watch retailers in the world, situated along with its museum on Zurich’s prestigious Bahnhofstrasse. He advises that 97% of the watches arriving on the market have little to no chance of seeing their value increase. The remaining 3% are dominated by Audemars Piguet, Patek Philippe and Rolex; three names which, between them, hold more than 20% of auction price records. Outside of these blue-chip brands, the risk of capital loss increases exponentially.

John Reardon, former International Head of Watches at Christie’s in New York, following ten years at Patek Philippe and two at Sotheby’s, is even more categorical. “Watches are absolutely not a good investment. If you are buying a watch to make money, then hold on for the ride, because the odds are not in your favour. Only collectors who buy what they know and love do well in the long run.” A lot of people, seeing the results coming out of salerooms, are willing to take that ride nonetheless, particularly as this relatively recent phenomenon is still going full-steam. We all have in mind the record prices achieved by Paul Newman’s personal Rolex Daytona when in October 2017 it sold for USD 17.8 million, or the first and only Patek Philippe Grandmaster Chime in steel which auctioned at Only Watch 2019 for CHF 31 million, becoming the most expensive watch ever sold in the process – practically a work of art. In this context it comes as no surprise that John Reardon should have poured his expertise and energy into an online business, Collectability, that deals only in Patek Philippe watches.

The Watch Fund is offering net yearly returns of 20%-30% on a portfolio of watches that investors personally hold.

Eric Wind, former Vice President of Christie’s New York watch department, is equally circumspect: “I tend to avoid using the words ‘watches’ and ‘investment’ in the same breath. However, I believe vintage watches are a store of value and that this value can significantly increase.” The crux of the matter being that this store of value is, essentially, within the sole reach of professionals – such as the managers of the Singapore-based The Watch Fund which, in exchange for a minimum investment of USD 250,000, offers net yearly returns of between 20% and 30% on a portfolio of watches that investors personally hold – or collectors who are either sufficiently knowledgeable to avoid the market’s many pitfalls or sufficiently wealthy to command a well diversified portfolio. For everyone else, while the booming pre-owned watch market might not make them a fortune, it will bring satisfaction and pleasure. 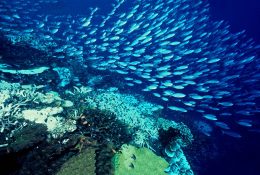 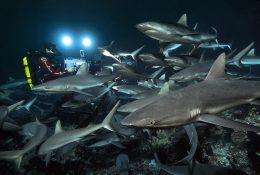