The evolution of watch photography in the Instagram era

The evolution of watch photography in the Instagram era

Aided by the social media boom, watch photography has never been more in the spotlight. Watch aficionados share photos of their timepieces from all possible angles. Meanwhile, brands post images of their new collections on a daily basis. Is this overkill or a stimulus for innovation?

Photos posted on social media may not be professional quality, they do “educate the eye and contribute to a better understanding of watches,” comments Claude Joray, a leading photographer for the watch industry, based in Biel for the past 30 years and who has produced work for Audemars Piguet, FP Journe, Hermès, IWC and Jaeger-LeCoultre. Olivier Müller, a journalist who writes for Le Point and WorldTempus among others, regrets what he sees as a decline in the creativity and originality of watch photography since the 1980s. The fact that brands (and agencies) are now more interested in marketing and communicating products rather than creating great advertising sagas could be the reason why. “From the 50s to the 80s, watch photography was hugely creative,” says Müller. “Now we’re locked into two visually poor styles: one that shows the watch perched on its strap like a mushroom, and another where the watch is shot front-on, like a soldier standing to attention, both against stark white or black backgrounds.”

Unsurprisingly in this digital age, the quest for the perfect representation of a product extends to 3D models, in which case it’s not unusual for brands to reallocate budgets originally earmarked for photography. The reasons for doing so are rational, from industrialization of content to producing models adapted to a diverse range of media (website, print catalogues, e-commerce, etc.), not to mention the desire to control everything, including creation…

Represent and respect the product

As e-commerce takes a growing share of luxury sales, it’s easy to forget that product differentiation, and the success of that product, frequently depend on how it will disrupt the market or meet a latent demand among a new pool of customers. As Claude Joray reminds us, “a photographer can bring his own touch to a photo but he still has an obligation to fully respect the product and its history. The photographer is a link between watchmakers, advertising agencies and the audience.”

The over-sophisticated, glossy look now prevalent on Instagram no longer resonates with users.

Joray also demonstrates that a good watch photograph is about compromise. “Watch photography, a mix of technical skill and an artistic eye, aims to bring all the parameters of the equation – watch science, marketing, economics, news – into one shot. Watchmaking is the product of a centuries-old and omnipresent tradition, but the community expects visual innovation nonetheless. The photographer brings a hint of glamour to these magnificent timepieces. Each detail of the shot is then scrutinized by the brand and the photographer. This is followed by a positive confrontation or a thought process, depending on the client and their way of seeing each material that makes up the watch .” Even then, such a compromise can never exclude a certain degree of fantasy.

The photograph as part of a creative system

In an article published by The Atlantic, which generated considerable online debate, writer Taylor Lorenz argues that the over-sophisticated, glossy look now prevalent on Instagram no longer resonates with users. This Instagram aesthetic, as Lorenz sees it, could be summed up thus:

Social media fatigue is a very real possibility, accelerated by the repetition and copying of visual codes by brands and users – tricks which would seem to work from a marketing perspective. However, this “seen it, done it” syndrome can also be an opportunity for watch brands: when a community raises the bar of expectations, the demand for quality increases. For photographers to rise to this challenge, they need to differentiate their work with compositions that build on creative territories or the narrative around the photos. Photographers morph into content creators and explore new ways to show off the product: videos, boomerangs and stories combine with traditional formats.

Luxury houses such aren't afraid to go against the grain.

For Omega’s 2015 “Imagine” campaign, photographer Juliette Bates (who has worked for L’Olivier, Laurence King Publishing, Libération and Causette, among others) imagined cabinets of curiosities that featured the timepieces encased under glass domes, with an overall aesthetic strongly inspired by the prints of Hokusai and Hiroshige. Luxury houses such as Chanel aren’t afraid to go against the grain. Its recent campaign for the J12 – starring Camille Cottin, a French actress best-known for her role as Andréa Martel in Call My Agent! – uses almost slapstick humour while the display campaign takes a more traditional approach.

Here, on your wrist, look at the ceramic J12 watch. So strong, a force you would never expect. #J12 #J12ceramic #CHANELWatches #FollowMe

Every revolutionary technology in photography has attracted its share of criticism; the new era of colour film in the 70s, for example, was deemed “unartistic”. The future of watch photography probably lies with a hybridization of experiences whereby each medium complements the others, as in the immersive experience that was part of the Rencontres d’Arles photography festival, or through a fusion of technologies. As early as 2016, the Fondation de la Haute Horlogerie was offering a virtual reality (VR) experience that puts users at the heart of the conquest of time measurement. As a brand that target millennials, Baume (Baume & Mercier’s sister brand) mixes overt tributes to the first VHS-C camcorders in films, while sharing traditional photographs on its Instagram account. 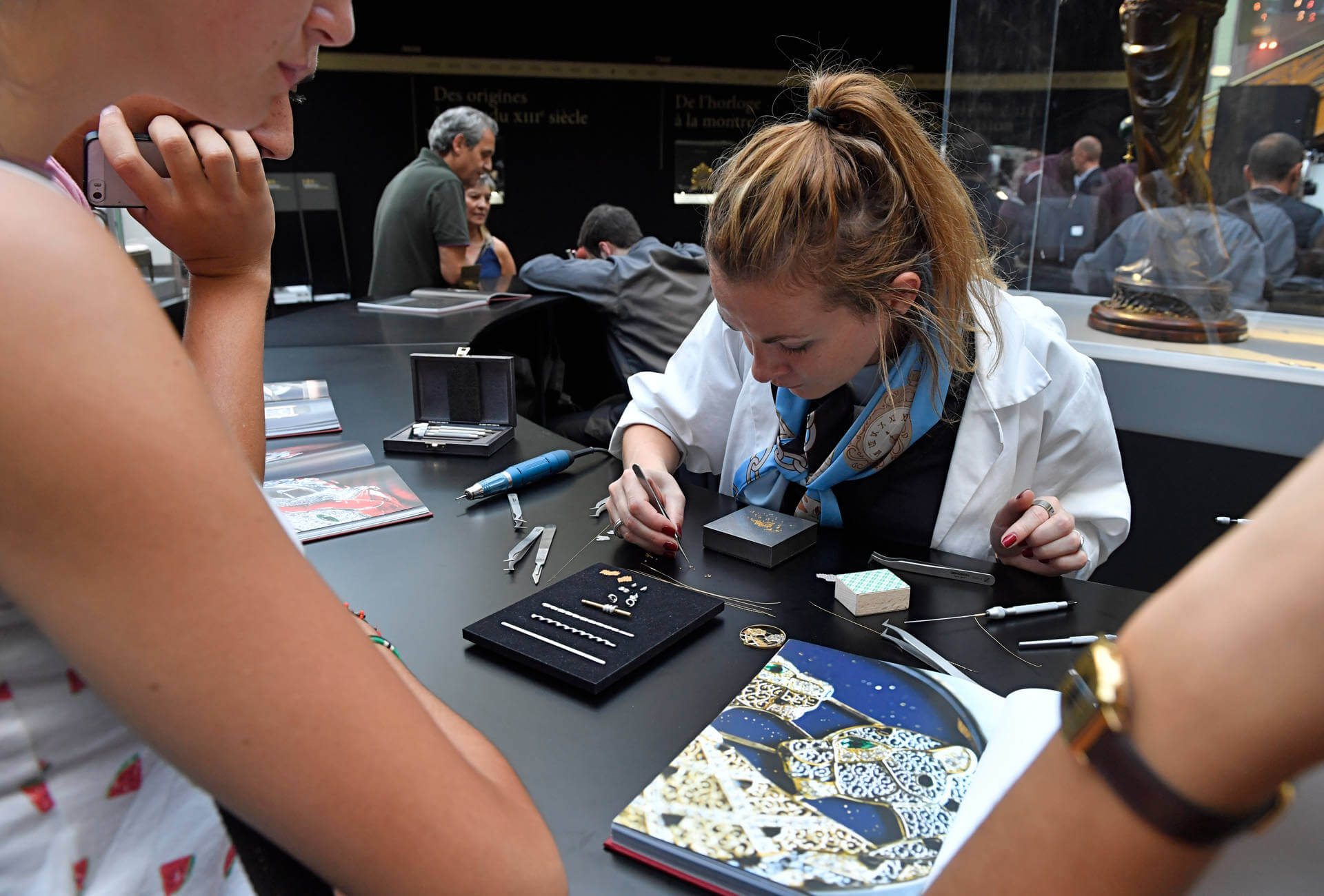 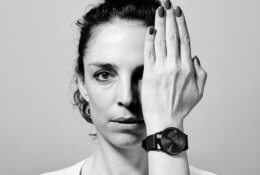