A first review of progress made towards the objectives of the Paris Agreement will be conducted in 2023. One of the most important of these goals is to limit global warming to 2 degrees Celsius. Prior to this, the IPCC’s Sixth Assessment Report makes for essential reading. The main takeaways are summarised below.

In August 2021 the Intergovernmental Panel on Climate Change (IPCC) began publication of its four-part Sixth Assessment Report (AR6), begun in 2017-2018. As previously, it addresses the most up-to-date scientific understanding of the climate system and climate change, with contributions from the IPCC’s three Working Groups. This latest report follows on from AR5, which was completed in 2013-2014.

The influence of human activity on the climate system is now scientifically established, and manifested by widespread and rapid changes to the atmosphere, oceans, cryosphere and biosphere. Extreme phenomena are now occurring at a magnitude and rate which are unprecedented for hundreds if not thousands of years. Every world region is experiencing the consequences of climate change, such as ocean warming, melting ice caps and rising sea levels. Certain of these changes are irreversible over hundreds of years.

Under all emissions scenarios, global warming will continue to increase until at least 2050 and will exceed 1.5 degrees Celsius, possibly 2 degrees Celsius, during the twenty-first century. The only hope of reversing this trend is immediate, rapid and large-scale reductions in carbon dioxide and other greenhouse gas emissions within the next decades. Consequences of global warming include an increase in the frequency and intensity of extreme heat, increased precipitation and drought, melting glaciers and ice sheets, the loss of summer Arctic sea ice, amplified permafrost thawing and loss of seasonal snow cover. If carbon emissions continue to rise, ocean and land carbon sinks are projected to become less effective at slowing the accumulation of carbon in the atmosphere. Put simply, the hotter the planet, the more catastrophic the consequences.

If we are to curb global warming, the only real solution is, at the very least, to reach net-zero carbon emissions and cut emissions of other greenhouse gases such as methane. Such a reduction could have positive impacts on atmospheric composition and air quality in the near term. In the words of Jean-Pascal van Ypersele, former IPCC vice-chair, “This latest report confirms previous diagnoses: fever is certain, many organs are affected and the deterioration in the patient’s health is likely to accelerate if he fails to break his carbon addiction.”

Human-induced climate change has caused widespread adverse impacts and resulted in loss and damage for nature and for populations beyond their ability to adapt to constantly increasing extreme climate situations. The only chance of mitigating this loss and damage is to limit global warming to 1.5 degrees Celsius… and even then the rise in global temperature would present multiple risks to ecosystems and humans. Beyond 2040, mid- and long-term impacts are multiple times higher than currently observed; how great will depend on near-term action. In other words, the longer we take to implement measures to mitigate these risks, the less effective any such action will be.

Not only does the vulnerability of people and systems differ substantially among and within regions; the most vulnerable are disproportionately affected. Estimates are that between 3.3 and 3.6 billion people live in contexts that are highly vulnerable to climate change.

The safeguarding of biodiversity and ecosystems is of fundamental importance to climate resilience and cannot be overstated. For this reason, action must be taken to enable adaptation to current and future conditions. This means societal and political choices which are underpinned by clearly defined objectives and priorities; continued advancement of scientific understanding of climate change and solutions, and access to financial support and decision support tools. Rather than advance global climate resilience, past and current development patterns have increased the vulnerability of human and natural systems. Choices and actions in the next decade will determine the level of climate resilience. However, such action will have little chance of success without a rapid decline in greenhouse gas emissions.

The third instalment of the report, prior to the synthesis report to be published in autumn 2022, is based on the most up-to-date science. It addresses current levels of global greenhouse gas emissions, progress made to reduce these emissions, the necessary transformations to limit global warming and the means available to reinforce such action.

The strategy for achieving these emissions reductions must include the transition from fossil fuels to low or zero carbon sources, such as renewable energies. It also means managing demand, better energy efficiency and the deployment of carbon capture and storage technology to counterbalance residual emissions. Solutions exist, whether for energy, industry, construction, transport, agriculture or forestry. Furthermore, the economic benefits of limiting global warming to 2 degrees Celsius would outweigh climate action costs. Enough of an incentive?

Accelerated and equitable action to limit global warming and adapt to its consequences is essential to sustainable development. Sustainable Development Goals (SDGs) can be leveraged to evaluate the impact of climate action. Strategies to reduce greenhouse gas emissions are all the more “profitable” when part of a wider context. For climate governance to be effective, it must engage civil society, political actors, businesses, youth, media, Indigenous Peoples and local communities. A wide range of regulatory and economic instruments have already been successfully deployed. Applied more widely, they could support deep emissions reductions and stimulate innovation.

Financial flows fall short of the levels needed to achieve mitigation goals across all sectors and regions, and must be increased. Accelerated financial cooperation is a critical element in achieving a just transition. It can also address inequity in access to finance and the costs of the impacts of climate change.

The last word goes to Greenpeace 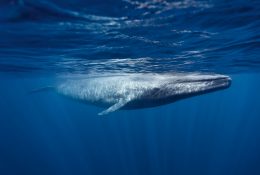 Sustainability at the heart of the Watch Forum 2022