In an industry where women are conspicuously absent from managerial positions, diversity and inclusion bring competitive advantage. The Watch Forum on sustainability, organised by Watches and Culture, explored this theme.

The rights of women and minorities have been at the forefront of debate in recent decades, but does this mean the private economy is instigating the changes sought by consumers who want sustainable and ethical products, and by employees demanding equity and inclusion in the workplace? The question was on the table at the Watch Forum. This day of debate intended to inspire professionals in the watch industry to take action in favour of sustainable development didn’t shy away from the facts: the vast majority of managerial positions in the watch sector are held by men. Among the two hundred or so Swiss watch brands (not to mention their suppliers), the number of female CEOs can be counted on the fingers of one hand. This was the first topic to come under debate by the panel on diversity and inclusion, which was moderated by Fatou N’Diaye, activist and founder of The Wonders, an organisation that helps women achieve their life project through entrepreneurship and the desire to change mentalities.

“Diversity is so very important,” insisted Chiara Condi, consultant, activist and creator of “The Other Half” podcast. “In today’s world, a business that embraces diversity has a competitive advantage. Today’s consumers represent a huge diversity of profiles and a company must replicate these differences within its organisation if it is to fulfil these consumers’ needs. Diversity, when encouraged in-house, brings new experiences and enables new perspectives on products. Just as much as innovation, diversity is a major factor in our competitive world. It especially means giving women access to managerial positions. If women don’t have the same decision-making power as men, diversity is just an empty word.”

We are on track to achieve equal salary for all Jaeger-LeCoultre staff worldwide by next year.
Catherine Rénier

Catherine Rénier, CEO of Jaeger-LeCoultre, is one of the few women at the helm of a watch brand. She echoed Chiara Condi’s words. “At Jaeger-LeCoultre, we have implemented gender equality programmes to drive this vital change in mentality. We look to appoint women to all our insight and decision-making teams. In a similar vein, we’ve launched a leadership programme that encourages talented young women. We take action at every level in order to deliver a coherent message. For these initiatives to make any sense, there has to be a single guiding principle and they have to take the entire organisation into consideration. After Switzerland, we are on track to achieve equal salary for all Jaeger-LeCoultre staff worldwide by next year. Bringing about these changes means progressing step by step and communicating on our commitments.”

Also contributing to this panel on diversity and inclusion was Flore Vasseur, a journalist, novelist and director of Bigger Than Us. This documentary, which was screened for participants on the eve of the Watch Forum, follows seven young activists from different backgrounds and countries who are fighting, with the same energy and determination, for issues such as social equality, climate justice and freedom of speech. “When making this film, I had the support, including financial support, of major companies that fully believe in the message it conveys. The commitment these young people have to their cause is a reminder of why we must think differently. It also reminds us that there is wisdom and intelligence everywhere. Surely it is the role of business to foster this talent?”

There is wisdom and intelligence everywhere.
Flore Vasseur

For a business to foster talent, it must first be able to recruit that talent which, as some companies have found out, can be a challenge. Jaeger-LeCoultre has no intention of being in that position. The Manufacture, which is established in Le Sentier, at the heart of Switzerland’s Vallée de Joux, is nurturing expertise through a recent partnership with the Michelangelo Foundation, whose mission is to celebrate and support craftsmanship around the world. The last word goes to the three women questioned by Fatou N’Diaye: take action for greater understanding, take action to instigate change and take action to bring women out of the shadows and into the spotlight. 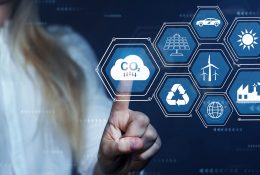 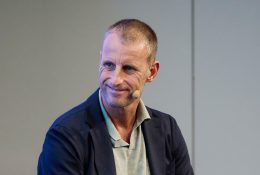