The powerful roar of the Grand Seiko lion at 60

The powerful roar of the Grand Seiko lion at 60

Grand Seiko has put together a dazzling agenda for its 60th anniversary, marked by the opening of new manufacturing facilities, the inauguration of a flagship boutique on Place Vendôme, a dozen limited editions fitted with new calibres, and the unveiling of a concept movement.

For the Japanese, sixty-year anniversaries are of particular importance, as Shinji Hattori, the great-grandson of the founder of Seiko, now at the head of the firm, reminds us: “The number 60 has great resonance in our industry as one of the fundamental numbers in horology but, for us in Japan, it has another and even more important significance. When a person reaches 60, he or she has gone full circle through the traditional zodiac calendar cycle. It is a moment of new energy and re-birth and, for Grand Seiko, a golden opportunity that we are embracing wholeheartedly.” The brand is indeed pulling out all the stops this year as it commemorates the launch, in Japan in 1960, of the first Grand Seiko watch. A series of announcements has kept the brand in the spotlight these past months, continuing a push into international markets that began in 2010 and was confirmed in 2017 with the launch of Grand Seiko as a separate brand within the company, which was established in 1881.

No longer confined to its country of origin, Grand Seiko has been singled out to spearhead the Japanese firm on international markets where it will confirm the brand as a fully integrated watch manufacturer, with its own state-of-the-art movements, rather than an electronics giant – an image it can still find hard to shake. Driving the message home, in March this year Grand Seiko’s executive announced the opening of a production studio at the northern tip of Honshu, the largest island of Japan, with a view onto Mount Iwate whose peaks have proved an inspiration for its watchmakers, while underscoring the fact that the new space was devoted to producing Grand Seiko mechanical watches.

As if to illustrate this, on the same day the brand released details of a commemorative watch in yellow gold: a 100-piece limited edition whose 9SA5 high beat calibre “opens a new chapter in the history of Grand Seiko.” This new movement ushers in a number of technical advances, namely a dual impulse escapement coupled to a free-sprung balance that uses an overcoil rather than a flat balance spring, and a horizontal gear train connecting to two barrels whose innovative layout shaves 15% off movement height, reduced to 5.18mm. Beating at 36,000 vibrations per hour, the 9SA5 delivers precision of -3 to +5 seconds per day (better than the COSC standard) and 80 hours of power reserve.

This wasn’t the only news on the movement front as March also saw the launch of the next-generation Spring Drive calibre. Introduced in 1999, the first Spring Drive broke new ground by combining mechanical and electronic, a mainspring and a quartz regulator, for precision of one second per day. Some twenty years later, the team at Grand Seiko set themselves the challenge to produce a Spring Drive that would establish new standards of size, performance and functionality. Calibre 9RA5 pulls off this triple feat. Its five-day power reserve is 60% more than that of the 9R6, the mainstay of the current collection. Its precision rate has increased from ±15 seconds a month to ±10 seconds a month. Height has been reduced from 5.8mm to 5.0mm and the date change is also significantly faster. The first watch to demonstrate the “power, strength and precision” of this new movement is a professional dive watch in titanium with a 600-metre depth rating.

A dozen new watches have been released so far this anniversary year. They include a ten-piece limited edition jewellery watch, driven by Spring Drive Calibre 9R01 with eight days of power reserve, a chronograph GMT, also with a Spring Drive movement (9R86) and inspired by the traditional armour of the samurai, and three models in platinum, yellow gold or titanium (manual-wind 9S64 calibre), each an identical recreation of the original 1960 Grand Seiko; a watch intended to be “as precise, durable, comfortable and beautiful as humanly possible.” It was this determination to create the “king of watches” that inspired the choice of the lion as the mark of Grand Seiko. Naturally, this emblem features on the two limited editions released for the opening of the Grand Seiko flagship on Place Vendôme in Paris, an epicentre for international luxury whose occupants have traditionally been French jewellers and Swiss watchmakers. Commenting on the opening, Shinji Hattori declared that “we are investing heavily in Grand Seiko, with new production facilities in Japan, new corporate structures, including the new company, Grand Seiko Europe based in Paris, and in new retail locations. We are making these investments because we believe in long-term prospects for Grand Seiko.”

Proof of this, earlier this month the brand revealed its first “concept creation”: a manual-wind movement of an unprecedented kind, measuring 36.3mm in diameter, 8.22mm high and beating at 28,800 vibrations per hour. Still at the prototype stage (this is the first time Grand Seiko has gone public with a prototype), the T0 is patent-protected for Japan, China, the United States and Switzerland, suggesting a future production piece. The purpose of this new movement is clearly to achieve the highest level of precision for a mechanical calibre, evidenced by the combination of a tourbillon and a remontoire that distributes a constant supply of power to the escapement. One of the specificities of the movement’s architecture is that this constant-force mechanism is placed inside a carriage mounted on the tourbillon. Together they form a 2.13mm-high vertical structure. The result: jaw-dropping precision of ±0.5 second during the first 50 hours of power reserve from the two barrels. After this, the remontoire no longer receives sufficient power from the mainspring and stops. The tourbillon, meanwhile, continues to rotate through an additional 22 hours of power reserve. At 60, the Grand Seiko lion is making its roar heard for miles around. 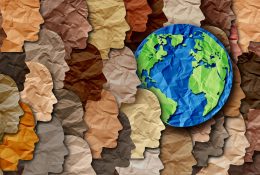