The Rolex Oyster Myth (I)

The Rolex Oyster Myth (I)

2016 marked the 90th anniversary of the Oyster, a development that for ever changed the face of our beloved mechanical wristwatches. But was Rolex the sole creator of the waterproof wristwatch, or was it simply in the right place at the right time?

The story surrounding the Oyster is pretty much well-known. Created in 1926, the Rolex Oyster was the first truly waterproof and dustproof wristwatch. It had a screw-down crown and a hermetically sealed case that protected the movement. The 1926 watch marked the origin of the Oyster name, given its full value by Mercedes Gleitze’s famous Channel swim. Rolex publicized the event by taking out a full-page ad in the Daily Mail newspaper in the UK, an excellent product placement move at which point things really took off. However, the true story of the Oyster began when Hans Wilsdorf realized clients could easily forget to push in the crown of their manual-winding watches, allowing water to enter the case and cause fatal damage. Solving the problem, he concluded, implied both technical solutions that would guarantee sufficient water-tightness, and an automatic movement.

The first thing Wilsdorf had to do was to hone the case. The idea of a waterproof case was not new. David Boettcher, on his website , states that “like the wristwatch, the waterproof watch was not something that needed to be ‘invented’ as such. When the watch itself was invented it was obvious that the mechanism needed to be encased to be safely carried about… so gradually watch cases were improved to seal better against dust and moisture, and the fully waterproof watch eventually evolved”. Two milestones in this evolutionary journey are perhaps Dennison’s patent of 1872 and Ezra Fitch’s two patents: the first in 1879 for a swing ring case with screw cap and the second in 1881 for a screw-down crown. These added up to the Alcide Droz & Fils Imperméable model in 1883, which in turn led to a patent awarded to François Borgel of Geneva in 1891 for a water-resistant screwed-in watch case.

The endeavors of these clever watchmakers and inventors culminated in the creation of the Submarine Commanders watch in 1917, designed at the request of two British submarine commanders. Though hardly a resounding success, this was nonetheless a watertight wristwatch thanks to its screw-on back and screw-on bezel, both fitted with compressible gaskets to improve their water-tightness, and a waterproof compressed seal in the stem tube to prevent water from seeping into the case through the hole where the winding stem entered. Gruen and Fortis also produced waterproof models, again with little success. Once more it was left to Rolex and Wilsdorf to go that bit further. Rolex used the Borgel patent screw case, but improved the Achilles heel of the design, which was the screw-down case back. As David Boettcher states: “To get a tighter seal, in 1926 Wilsdorf designed a tool that enabled greater torque to be applied than by hand. In 1929 Wilsdorf applied for a patent for this tool, which was published on 16 January 1931 under N° CH 143449. The millings on the case backs of modern Rolex watches, and the case openers used today, derive from these early designs”.

“Perpetual” became part of the Rolex vocabulary in 1931, when the company adopted automatic bumper movements.

Now Wilsdorf had to find a solution for the crown. On 30 October 1925 in La Chaux-de-Fonds, Switzerland, Paul Perregaux and Georges Perret registered Swiss patent No. 114948 for a winding system in which the crown could be screwed down onto the case in order to create a waterproof seal. The patent was published on 17 May 1926. Was seeing the patent Hans Wilsdorf’s eureka moment? Perhaps, as he immediately acquired full rights. He knew, however, that the design as Perregaux and Perret had intended it was impractical and that several points needed reworking before public release. The new, improved design emerged several months later, and on 18 October 1926 Wilsdorf registered it as Swiss patent CH 120848. Even then, the design wasn’t entirely perfect; not because of some inherent flaw but because the crown had to be unscrewed to wind the watch every day, leading to heavy wear of the screw threads.

“Perpetual” became part of the Rolex vocabulary in 1931, when the company adopted automatic bumper movements. The first self-winding wristwatch had been invented in 1923 by a watch repairer from the Isle of Man by the name of John Harwood. However, when bad management put the Harwood Company out of business in 1931, there was no one to exercise the patent, leaving other companies free to develop their own versions. The timing couldn’t have been better: Rolex adopted the basic 360-degree automatic winding rotor and made improvements to it. It also attenuated the problem of wear on the screw threads.

And so by 1931, Rolex and Hans Wilsdorf had already laid the foundations for success. The technical solutions made possible through the acquisition and significant improvement of patents were just one aspect of this; marketing and the ability to influence client perception played an important role too. The fact that Rolex owned the rights to these patents forced the competition to look for alternative solutions. Not everyone followed the Rolex way when seeking oyster-like qualities for their watches, sometimes because the same technical solutions weren’t an option, and sometimes because they wanted to do things differently and perhaps in a more technically exciting way. 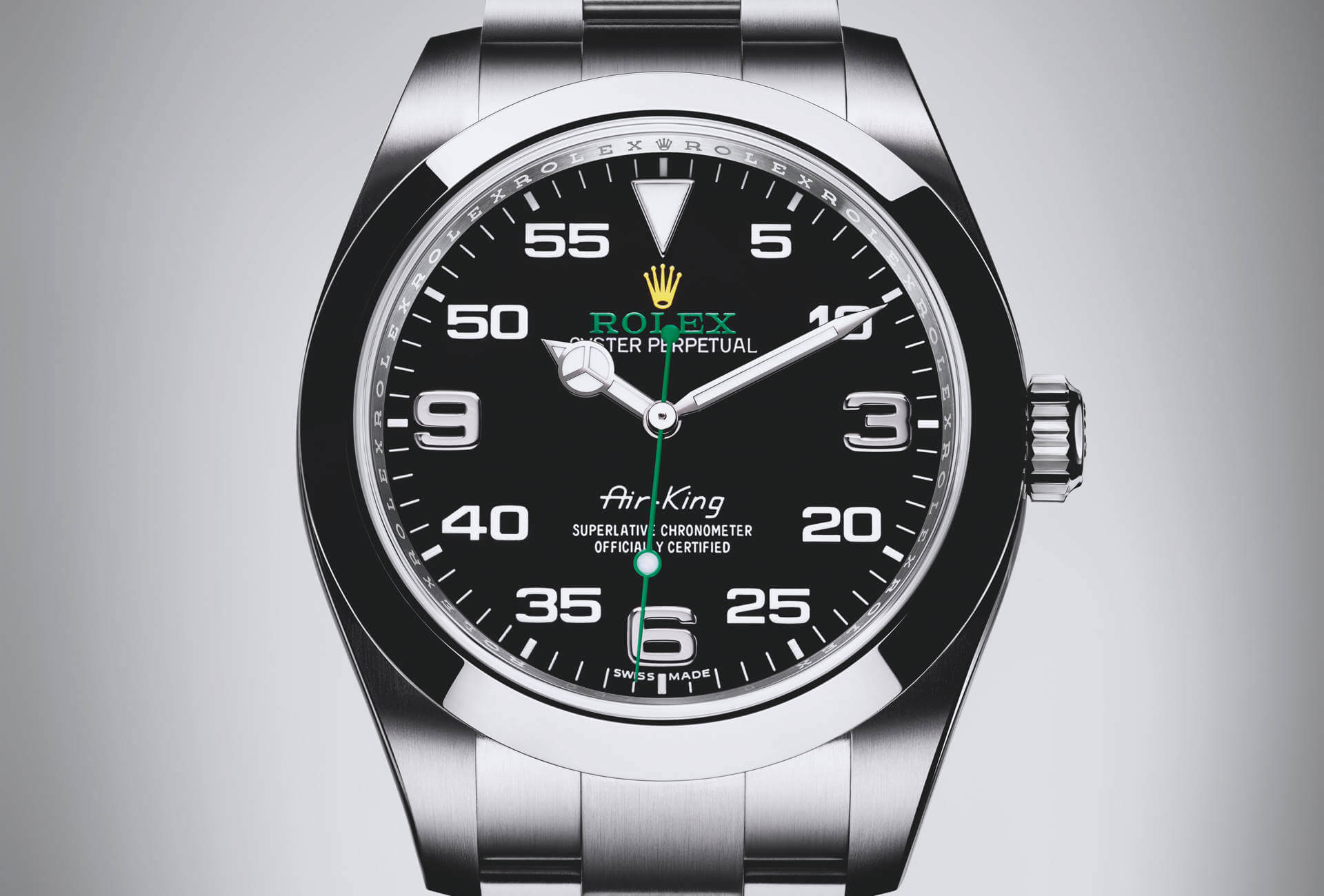