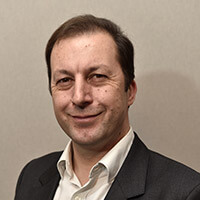 “When a pretty woman is an hour late, she is really fifteen minutes early.”

“Passion is the spice of life!”

The desire to find new ways to relate time has prompted watchmakers to replace the mundane hour and minute hands with often astonishing solutions that breathe new vitality into time displays.

In the eleventh century, with mechanical timekeeping barely in its infancy, time could mean different things to different people. Daylight determined the working day; communities went about their business to the sound of church bells; prayers were called at set hours. Time was therefore heard before it was visualised as fractions of a circle, a chant more than a shadow cast on the sand. Then came the first instruments to measure time, in wrought iron. No doubt they functioned as bell-ringing mechanisms, controlled by the floating bob of sophisticated water clocks. More elaborate mechanisms drove complex structures that had yet to discover hands, and which instead portrayed the heavenly bodies as seen through the eyes of medieval scholars. Time was told in images, music, even words. Soon after, time was brought to life with the advent of jacquemarts, animated figures that gave a human countenance to a still abstract and therefore daunting concept: time that existed as an endless, invariable cycle, the same for all.

Time is a universal factor but to express time with anything approaching originality remains a luxury.

Divided into minutes then seconds as science progressed, time was no longer tied to the emotions, becoming coldly quantitative instead. Mechanical artists took it upon themselves to restore this lost poetic dimension and set time to music. Certain brands, such as Ulysse Nardin and Bulgari, have revived this dual aspect through striking watches with jacquemarts. Today, time is a universal factor but to express time with anything approaching originality remains a luxury. Recourse to jacquemarts, chimes and other moving parts is a means of materialising the elusiveness of time. Ulysse Nardin was possibly the first to explore this trend through the imagination of Ludwig Oechslin, the inventor of the Astrolabium Galileo Galilei (1985), Planetarium Copernicus (1988) and Tellerium Johannes Kepler (1992). The Freak watches, which use parts of the movement to indicate the time, perpetuate this tradition. Van Cleef & Arpels travelled further into this world of science, passion and dreams with the Poetic Complication Midnight Planetarium, a watch whose wearer can look down on the solar system with the eye of the gods.

The purpose of these tiny elements travelling across the dial is, of course, to distract us from the brevity of life. Four decades ago, in 1976, Ronald Kurowski and later Caroline Scheufele, the current co-president of Chopard, imagined movement as an amusement rather than a functional element with the Happy Diamonds watch. The technique had yet to be perfected, but the allure of adding moving parts to the dial was such that others were tempted to try… the question being how not to infringe on a concept that was already protected by patent. All manner of wild ideas followed, the majority of which proved impractical. One of the more successful solutions involves rotors whose to-and-fro motion remains visible on the dial-side of watches by Perrelet or in the Dior VIII collections with their Inversé calibre. They also remind us how easy it is to become caught in a stylistic trap. In a similar vein, the more experienced observer will see the Juvenia Sextant and recall how fashion brands, beginning with Akteo, have never shied from transforming everyday objects into hour and minute hands.

Inevitably, these visual flourishes do nothing more than pull the same rabbit out of a different hat, leaving audiences jaded and demanding more. One of the most sophisticated responses of recent years has come from Felix Baumgartner, founder of Urwerk. His vision of time measurement, expressed since the late 1990s as an ultra-complex, three-dimensional, revolving carousel, has won the allegiance of those who are convinced there are “other” ways to relate the hours. Cartier has imagined its own innovative carousel with the Rotonde Astromystérieux whose entire mechanism, seemingly floating in empty space, becomes a single moving part that revolves to show the minutes. The Astronomia Tourbillon by Jacob & Co applies a similar logic and transforms the movement into a visually compelling, endlessly moving, gravitational object.

Others too have laid the foundations for an innovative language of time-telling, including Vacheron Constantin with its Mercator and Christophe Colomb, alongside the masters of what some are calling the “new school” of watchmaking. Spatial and often three-dimensional, rotational and non-linear, cubic or conical, they appeal to a wealthy public in search of objects that give the time. This willingness to tell time outside the box has been the starting-point for a new means of dividing the hours and representing these fractions. Think of MCT and its revolving prism display, of the rotating cubes in Louis Vuitton’s Spin Time collection, of timepieces by Frédéric Jouvenot or Ludovic Ballouard whose watches are literally Upside Down.

Beyond their role in further enhancing mechanical displays, possibly the principal raison d’être for these animations is the enjoyment watchmakers derive from bringing them to life. Not that long ago, Girard-Perregaux took the world of haute horlogerie by storm with its Jackpot Tourbillon. Not only did it prove that fine watchmaking can have fun, it extended the gamut of complications too. Christophe Claret is unreservedly one of the leading specialists in the field. His X-Trem-1, which shows the hours by means of tiny spheres levitating inside sapphire tubes, requalified the question of time display.

He also came up with his own versions of watches that incorporate fully functioning casino games, including 21 Blackjack and Poker. Following on from them, last year’s Margot watch has evolved this year into another widely acclaimed timepiece. Claret is a master of his art whose challengers are the likes of Jean-Marc Wiederrecht, the man behind Agenhor. His inventions have charmed such institutions as Van Cleef & Arpels, Hermès and Fabergé. Driven by the desire to set themselves apart, these eminently jewellery brands have fallen for his destructured vision of time, captured in original mechanisms that are intended essentially for women, though not only…

For example, the Chaumet Hortensia Creative Complication, the new Van Cleef & Arpels Lady Arpels Ronde des Papillons and the Cartier Panthères et Colibri were all imagined for feminine wrists; in contrast, the latest Opus 14 from Harry Winston, made in collaboration with Télôs Watch SA, gives men an interesting take on the classic 1950s jukebox. Time, second time zone and date are shown on a stack of discs, akin to the records that slot in and out of a real-life music machine.