In honour of the partnership between Jacques-Barthélémy Vacheron and François Constantin, initiated 200 years ago, the Manufacture is celebrating the many collaborations that have marked these two centuries of history. This tribute, in the form of a travelling exhibition, is joined by “Les Collectionneurs”, a curated selection of vintage watches by the brand.

As the oldest watch Manufacture, operating without interruption since it was established in 1755, Vacheron Constantin has a rich history at its disposal, thanks to what are very probably the most extensive archives of any watch manufacturer, in addition to an expanding private collection of, currently, more than 1,500 objects. Delving into this past throws new and fascinating light onto the art and science of measuring time. Now, some of these findings have been assembled into a travelling exhibition which the Manufacture is calling Diptyques: A History of Collaborations. After a first showing at the Vacheron Constantin boutique in Geneva, the exhibition is currently touring Asia.

The title, which translates as “diptychs”, is revealing. Exactly like these works in two parts, the exhibition considers the numerous technical and artistic partnerships which the Manufacture has undertaken throughout its existence. And this for a profoundly historic reason. Though founded in 1755 by Jean-Marc Vacheron as a workshop in the centre of Geneva, the company owes its present name to a partnership agreed in 1819 between Jacques-Barthélémy Vacheron, grandson of the founder, nine years into his tenure at the head of the firm, and François Constantin, a merchant and businessman who would take the new name of Vacheron Constantin out into the world. Diptyques thus celebrates two centuries of shared endeavours through which the brand has grown into one of the most respected names in Genevan watchmaking.

In 1839, Vacheron Constantin hired the inventor of the Swiss lever escapement as its technical director.

The first collaboration highlighted by the exhibition concerns Charles-François Chossat. In the first decade of the 1800s, Napoleon Bonaparte’s embargo on trade with Britain affected Geneva, and Chossat, who traded in steel, was able to come to the assistance of Jacques-Barthélémy Vacheron. For this reason, the watches made in Vacheron’s workshops during this period were signed with Chossat’s name on the dial, until 1819 when it was replaced by that of Constantin. This same François Constantin travelled tirelessly, seeking out new markets for the company in Europe and further afield, in America. He also incited his business partner and friend to produce increasingly complex and sophisticated timepieces. The contract signed with Georges-Auguste Leschot should be seen within this context. Leschot was a horological engineer who in 1830 had developed the Swiss lever escapement. Nine years later he was hired by Vacheron Constantin as its technical director. It was in this role that he designed and built a pantograph, which made possible the production of standardised, interchangeable parts. This was a giant leap forward for Vacheron Constantin at a time when watchmakers were competing to industrialise production. It was also Leschot who drew attention to the precision of the Manufacture’s watches by submitting them to Geneva Observatory for testing, a process hitherto reserved for scientific instruments. 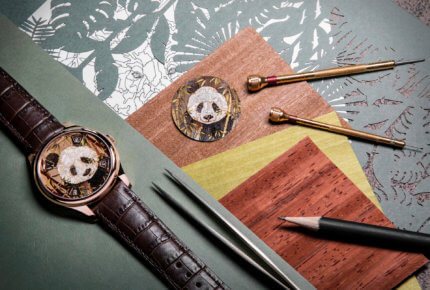 Still in a technical domain, though more recent, Louis Cottier is another figure to feature in the exhibition. It was he who, in 1932, developed a worldtime display for Vacheron Constantin by means of an ingenious rotating disc. Around this time, the Manufacture was also working with a certain Albert Pellaton. Hired as a newly-qualified watchmaker in the 1920s, he would remain with the Manufacture until 1944, at which point he moved to IWC where he developed his famous pawl-winding system. His years with Vacheron Constantin produced their own crop of innovations, such as a portable sports timer beating at a high frequency of 72,000 vibrations/hour – the very device that measured one of the multiple world water speed records set by Sir Malcolm Campbell, on Lake Hallwil in September 1938.

In 1979 Vacheron Constantin worked with French artist Raymond Moretti on the Kallista. Valued at $5 million, it was the most expensive watch of its day.

Vacheron Constantin’s history is also studded with landmark artistic partnerships, beginning with a collaboration with Verger Frères, a Parisian jeweller founded in 1872. For many decades, the two firms maintained a close working relationship. The Swiss firm supplied movements to its French partner, which also advised it on the latest Parisian trends. Several decades later, in 1979, the Manufacture turned to the French visual artist Raymond Moretti for the design of the Kallista, then the most expensive watch ever made. Paved with 118 emerald-cut diamonds, it sold for US$ 5 million. Later, when producing the first Les Métiers d’Art – Les Masques series in 2007, author Michel Butor was asked to compose poems that would be engraved on the sapphire dials, around miniature reproductions of twelve masks from the tribal arts collection of the Barbier-Mueller Museum in Geneva. Each year, for three years, a boxed set of four new masks was released as a limited edition of 25 pieces. In all, 12 masks were reproduced on 300 remarkable timepieces. The last partnership spotlighted in the exhibition is that with the uniquely talented enamel artist and miniature painter, Anita Porchet. Her realisations for the Manufacture include a dial-sized reproduction of Marc Chagall’s ceiling for the Palais Garnier opera house in Paris.

For Vacheron Constantin, travelling exhibitions such as Diptyques also serve to promote another of its initiatives – one that has grown in substance since its launch some ten years ago. Each presentation by the brand of an exhibition or another “cultural” event in one of its boutiques around the world is an opportunity to spotlight Les Collectionneurs: a curated selection of vintage pocket watches and wristwatches by the Manufacture, covering the entire twentieth century. These watches, which are sourced by Vacheron Constantin’s experts at auction, from private sellers or specialist retailers, are fully restored by its workshops then made available for purchase. Each one is sold with a certificate of authenticity and a two-year warranty.

Of course, a concept such as this, the only one of its kind, provides ample opportunity for Vacheron Constantin to illustrate the extent of its expertise, thanks to which it is able to service and repair any watch made by the Manufacture since it was founded. It also testifies to the knowledge assembled within its Style and Heritage department whose staff “track down” and authenticate these watches, and serves as a reminder of a remarkable longevity. Indeed, these centuries of existence give Les Collectionneurs the necessary breadth. In 2005, Vacheron Constantin estimated that approximately 1 million of its watches had been circulated since 1755. Enough to satisfy vintage enthusiasts for years to come. 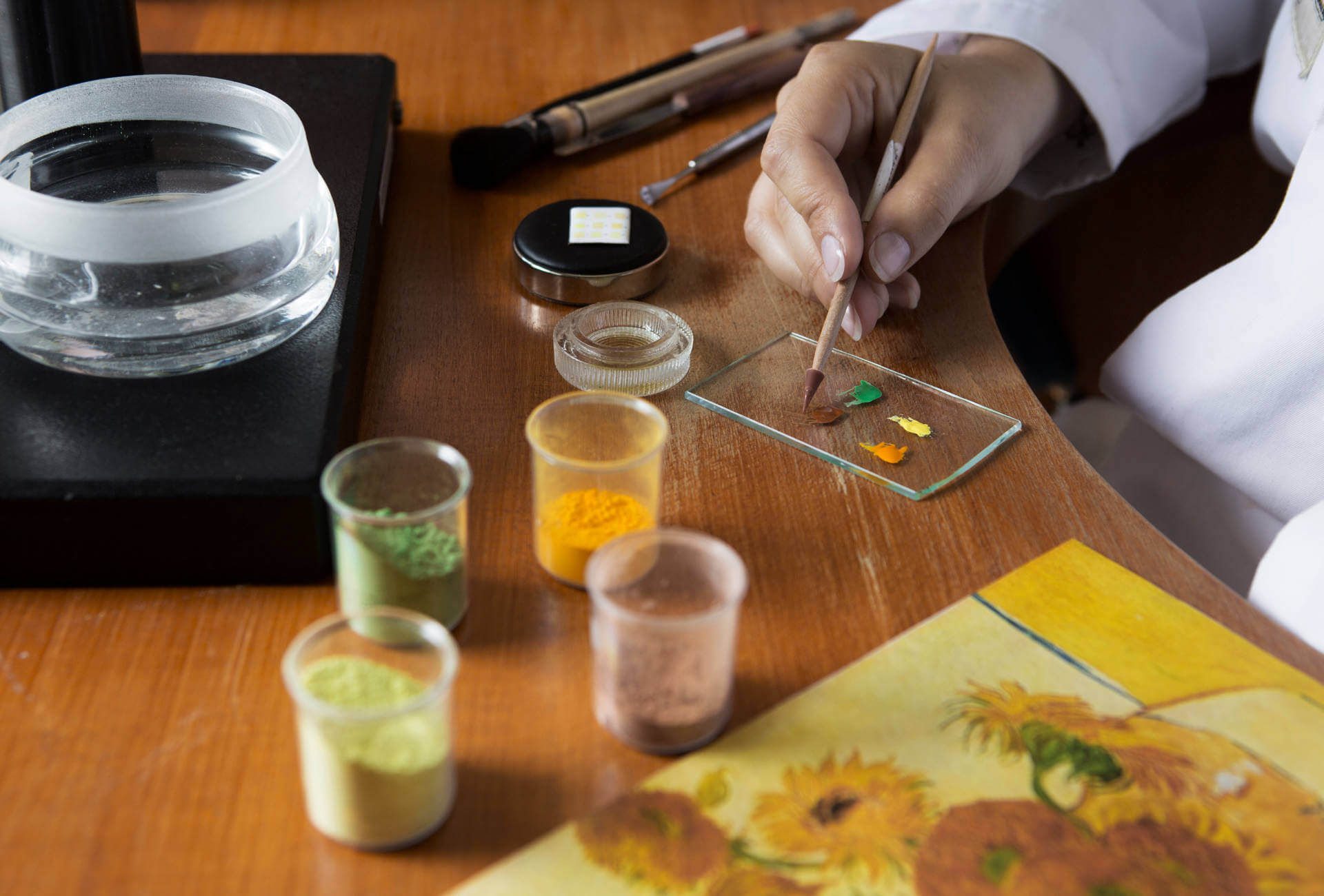 Watchmaking or the temptation of art - V

Vacheron Constantin ignites the past 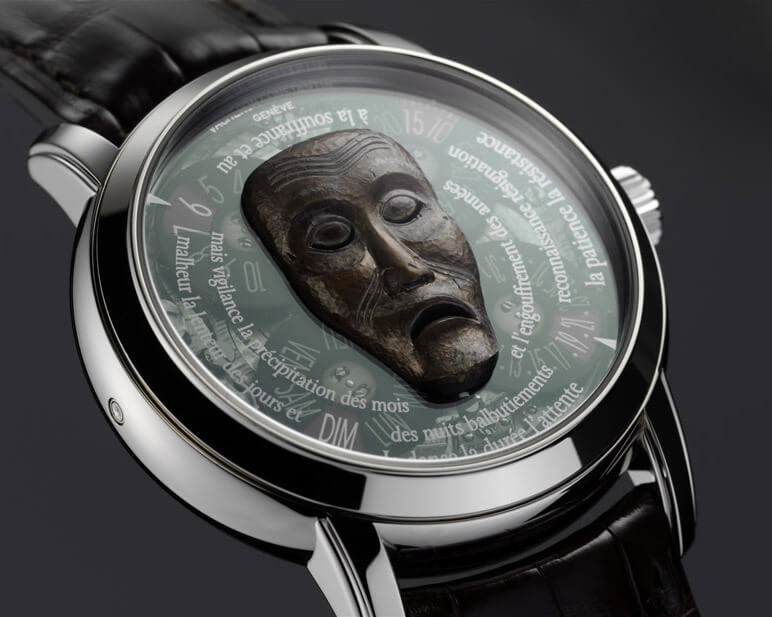