Consumer demand for sustainability has sent brands in search of alternatives to animal leather. This includes watchmakers, which are introducing straps in plant-based biomaterials.

That Hermès, a company world-renowned for its leathergoods, should announce a version of its classic Victoria travel bag in Sylvania, a material grown from mycelium – mushrooms – may come as a surprise. After all, the French firm does own six leather tanneries in France, Italy and the United States under its Hermès Cuir Précieux division. This break from tradition shows how legacy brands such as Hermès are adapting to the demands of new generations of customers who care about the environment and biodiversity – and expect the companies whose products they buy to do the same. Hence why brands are welcoming these alternatives to “genuine leather” with open arms. Hermès partnered with MycoWorks, a California-based start-up, on Sylvania. The material is produced in the United States then tanned and finished in France into a durable, hard-wearing product. The first “sustainable” Victoria bags are expected to reach shops by the end of the year. Next up, watch straps?

Yes, says IWC. At the same time as Hermès was making its announcement, the Schaffhausen firm was presenting straps in TimberTex, a paper-based material. “Throughout our 153-year history, IWC has led the way in product design, material invention and manufacturing methods,” says Franziska Gsell, who chairs IWC’s sustainability committee. “Naturally, we wanted to apply this same pioneering spirit to finding further high-quality alternatives for our clients who don’t wear animal leather.” TimberTex is a soft, supple material composed of 80% natural plant fibres. The cellulose comes from Forest Stewardship Council (FSC)-certified trees. Manufactured in Italy using traditional papermaking techniques, it is coloured with plant-based dyes. Production of each TimberTex strap requires 60 separate stages.

Swatch Group began its “bio-reload” last September with the launch of the Swatch 1983 collection, made entirely from bio-sourced materials extracted from the seeds of the castor plant. Tissot followed suit in March with the release of the Heritage Memphis Limited Edition, named after the Memphis Group design and architecture collective that was founded in 1980 by Ettore Sottsass, creator of this unconventional watch for Tissot. This latest edition is proposed with a black vegan “leather” strap.

Watch brands – and we can expect more initiatives in the same vein – are catching up with the fashion industry where the likes of Stella McCartney and Amélie Pichard are already working with vegan materials. Stella McCartney, a brand that has never used leather or fur, recently unveiled trousers and a top in Mylo™, another fungi-based material developed by the Californian biotech company Bolt Threads. Late last year, accessories designer Amélie Pichard showed a version of her Baby Abag made from alocasia leaves, a plant that is grown and tanned in reforested areas in its native Brazil. Other options include pineapple leaves, which become Piñatex, eucalyptus and grape, all of which can be used to produce plant-based alternatives to leather. From animal to vegetable, watch straps are entering a whole new realm! 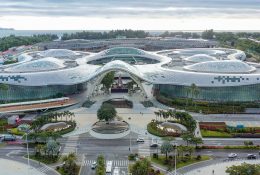 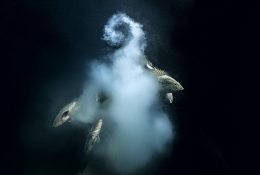