The Salon de la Haute Horlogerie in January paved the way. Now Baselworld follows suit as watchmakers lean towards simpler models, competitively-priced collections at entry level, and a heart-to-heart with the past.

Were the size and grandiloquence of the stands at Baselworld inversely proportional to the models on display this year? Of course it would be impossible to disregard such exceptional pieces as the Carrousel Minute Repeater Le Brassus which Blancpain presented for its 275th anniversary, or the TAG Heuer Pendulum Concept and its promise of a revolutionary movement with no balance spring. Who could ignore the Horological Machine N°4 by MB&F, a “twin engine” that remains a closely-guarded secret, or Harry Winston’s Opus X and its planetary gear train. Yet the mood in Basel, as at the Salon International de la Haute Horlogerie in January, edged towards simple forms, less extravagant combinations of complications, and everywhere the models that have forged brands’ success.

“After several years of jubilant activity, we are more or less at the same level as we were in 2006, minus the excess,” observed Jacques Duchêne, President of the Baselworld Exhibitors’ Committee on the opening day. “Let us use this transitional phase to establish sound underlying foundations that are more considered and healthy. But even that is not enough. Other factors related to the downturn need to be taken into account, starting with a return to genuine values, as well as traditional and solid principles. Today, consumers certainly take more responsible and considered decisions that established and even highly reputable companies must respond to. The years of extravagance are over.”

This “calm after the storm” sees collections move towards simpler models, lower price positioning at entry-level and, most of all, a spotlighting of the emblems of the past with a “new vintage” slant. Zenith has taken exactly this tack by trimming the number of references from 800 to 150, and revisiting its legendary El Primero and Elite movements. The first drives the new Striking 10th chronograph, where the chronograph hand sweeps the dial in ten seconds, making each tenth of a second easily perceptible. The second equips the Elite 681 Ultra Thin, another new launch this year. This classic, sober model measures 3.8mm high and comes in at under CHF 4,000 (€2,800). “This return to a certain classicism has to be backed by technical and aesthetic innovation. This new-retro wave isn’t exclusive to watchmaking either. How else would you explain the success of the new Mini Cooper,” Jean-Frédéric Dufour, CEO of Zenith, commented.

In watchmaking circles, the message has been received loud and clear. Says Vianney Halter, at the head of Manufacture Janvier in Sainte-Croix, “It’s time we started addressing customers with greater clarity, more honesty. They’re not cash cows and should no longer be treated as such. When the industry was on cloud nine, customers would impulse buy. Now they take a step back and weigh up their choices. It’s up to us to rebuild their trust and offer them products whose price is a true reflection of their intrinsic value.”

A number of watch firms have embraced this idea and are revisiting splendours past. Breitling has breathed new life into its SuperOcean collection, which made its debut in 1957. Tudor (part of the Rolex Group) presents a Heritage Chrono whose inspiration is the world-famous Oysterdate, launched in the early 1970s. Patek Philippe stays true to its tradition with the Ref. 5170J, a classic men’s wrist chronograph whose movement was entirely developed by Patek Philippe and made in its workshops.

Blancpain’s Villeret Collection is another example. With its classical lines, it “distils aesthetics and complications that have been at Blancpain’s core since the early 1980s,” says the brand. The Le Brassus firm is reinterpreting the collection with nine new models in 2010, ranging from a pocket watch to a complication wristwatch with complete calendar, moonphases and an eight-day power reserve. Breguet, meanwhile, commemorates 50 years since the delivery of the first Type XX series to the French Naval Aviation (Aéronavale Française) with a “modern and technical” version of this chronograph.

“While the 2010 models illustrate the return of a certain classicism, innovation is no less present,” confirmed the Swiss Exhibitors’ Committee. “Sapphire crystals are transformed into dials. Innovative finishes look to electroplating and metallisation techniques. Titanium is clearly in evidence, as is ceramic, now a horological material in its own right. Digital displays make a comeback at the same time as disc displays find favour. Movements lean towards useful functions such as extended power reserves. Several chronographs with central minutes and seconds make an appearance this year, while complications are ruled by repeaters, tourbillons, annual calendars and perpetual calendars.”

So has this new strategy hit its target? Yes, if initial figures released by the brands are anything to go by. The Swatch Group, which held up well during the economic crisis of 2009 with net income falling just 8.9%, announced that 2010 has got off to a flying start. January sales represented the second-best month of January in the history of the Group, with even better results in February. Nicolas Hayek declared that sales by the Group’s brands jumped almost 40% compared with January and February 2009, and 10% compared with 2008. François Thiébault, at the head of Tissot and President of the Swiss Exhibitors’ Committee, is also feeling pleased. With attendance climbing 10% to more than 100,000 visitors, Baselworld ended with exhibiting brands reporting an average increase in orders of 45%. Enough to dispel the past weeks’ lingering doubts. 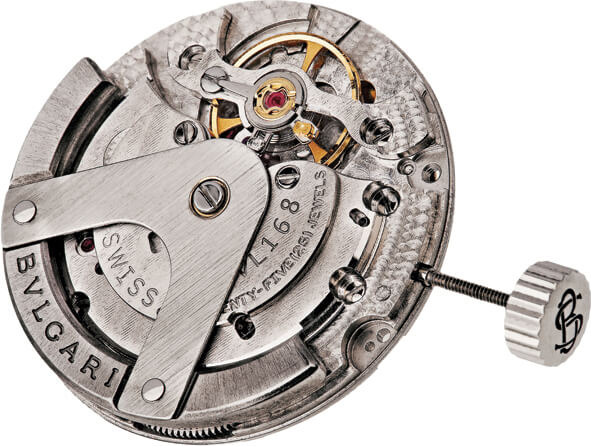 A flurry of movement(s)