At end 2021, Kering and Richemont, represented by Cartier, launched the Watch & Jewellery Initiative 2030 in partnership with the Responsible Jewellery Council. This ambitious project comes on the tail of the Fashion Pact, and has the support of companies that are already well advanced on the road to sustainability.

At the same time as the Fashion Pact was making its first progress report, the launch of the Watch & Jewellery Initiative 2030 was announced. Both these projects have the Kering group at their core, alongside Cartier and the Responsible Jewellery Council for the latter initiative. As a reminder, the Fashion Pact was set up in 2019 in the wake of the One Planet Summit, after French President Emmanuel Macron tasked Kering chairman and CEO, François-Henri Pinault, with mobilising luxury brands behind efforts to achieve good environmental practices in the fashion industry. More than 60 companies from 14 countries and representing over 250 brands have signed up to the global coalition’s objectives to fight global warming, restore biodiversity and protect the oceans. This commitment is all the more essential knowing that fashion is the second largest polluter, responsible for 20% of global wastewater, 22.5% of pesticide use and 10% of carbon emissions.

Fashion must “clean up its act”

So has the Fashion Pact delivered? Speaking at the Paris Zero Carbon Forum in December 2020, François-Henri Pinault noted that “experts estimate that at least 20% of an industrial sector’s activity has to commit to change for it to be effective. The signatories of the Fashion Pact account for more than 35% of global volumes in the fashion and textile industry. This means we are in a position to bring about change.” And it seems they are. Fashion Pact signatories commit to using 50% renewable energy by 2025 and 100% by 2030. François-Henri Pinault revealed that a third had already reached the 50% target at end 2020. Whereas 80% of members had no biodiversity action plan when they joined, all now have a strategy aligned with Conservation International criteria. As for ocean preservation, signatories are on-target to eliminate single-use plastic in B2C packaging by 2025 and in B2B packaging by 2030. The Fashion Pact’s 2021 report, still pending, is expected to confirm these trends.

“As we can see,” concluded François-Henri Pinault, ”things are not only moving, they’re moving quickly, including in the fast fashion sector. As for the luxury segment, sustainable development is a defining value of companies. Failure to pay due attention to safeguarding our practices and preserving our resources is collective suicide. I believe that luxury companies have two responsibilities. One is to be creative and the other is to find environmental solutions and share them, for free, with the sector as a whole. The only future is a clean future. There are no two ways about it. And don’t go thinking we’ll be rewarded for being clean and compatible with sustainability issues. Whereas we will be punished if we aren’t!”

“Only one way forward”

While it enjoys stirring up the status quo through its flagship Gucci brand, Kering is nonetheless a pioneer of sustainability. Some might say the group’s very visible environmental efforts are part of a strategy to win over Millennials and Gen Z. They are, after all, the next luxury demographic whose expectations of corporate responsibility are impossible to ignore. “As much as the environmental and social impact of luxury companies is important to the customer, it is fundamental for businesses such as ours,” declared Céline Assimon, CEO of De Beers Jewellers, during a webinar hosted by Journal du Luxe in February. “We must set an example. The research we have conducted leaves us in no doubt. Currently, 20% to 25% of purchases are influenced by considerations of traceability, sustainability and social and environmental impact. This figure will quickly rise to 40%. These topics are now being openly discussed. Social media amplify everything companies do, whether good or not so good. There is only one way forward and it’s not optional.”

Shift the spotlight from fashion to hard luxury, and the picture is no rosier. Gold, a favourite metal of watchmakers and jewellers, is at the core of a highly polluting and destructive mining industry, as reported by Futura Sciences: destructive because of the huge quantities of rock that must be mined for just a few ounces of gold, and polluting because of the cyanide and mercury used to separate gold from ore. As revealed by the New York Times, the toxicity of gold mining waste is such that processing it is comparable to processing nuclear waste. The mining industry as a whole is responsible for between 4% and 7% of global greenhouse gas emissions. Spreading the net wider, a study by the United Nations Environment Programme showed that, all sectors taken together, extracting resources and preparing them for use generates 53% of global carbon emissions – and this doesn’t include fuel burned.

This is the context in which the Watch & Jewellery Initiative 2030 takes shape. Arnaud Carrez is marketing and communication director at Cartier International and was also on the panel of the Journal du Luxe webinar. In his words, “environmental and social responsibility must be high on our list of concerns every day. Luxury creates and sells products which are not essential but which do give us pleasure, which is why there is no other way than to commit to making a better world. Sustainable development isn’t always simple and not all topics demand an immediate response but the trajectory has been set, with product innovation that must match our environmental credibility.”

Does a sustainable approach mean we will sell more Cartier products? That’s not the point.

Arnaud Carrez went on to give the example of the Tank Must that debuted at Watches and Wonders 2021: a watch with a solar-powered movement on a non-animal leather strap made from apple waste. Another example: 97% of the gold Cartier uses is recycled. Carbon emissions are 300 times less than for mined gold. “Does this mean we will sell more Cartier products? That’s not the point. We must position ourselves in terms of sustainable growth. There is no other way.” Not that Kering or Richemont – owner of Cartier which represents the group in the Watch & Jewellery Initiative – need worry about sales, if the latest published figures are anything to go by.

In 2021 Kering brands “achieved sharp sales rebound, way beyond their 2019 levels, while reinforcing the exclusivity of their distribution and further enhancing their brand equity.” The Group achieved record revenue at €17,645 million, up 35% from 2020 and 13% from 2019. Operating income also reached a record level at €5,017 million (+60%) with a more than comfortable operating margin of 28.4%. Richemont, which mid-January published its nine-month results, is also on a roll. At €14,565 million, sales for the first three quarters of the Group’s financial year, i.e. April to December 2021, rose by 51% compared with 2020 and by 26% compared with 2019. Should we see a consequence of the two conglomerates’ efforts in favour of sustainable development? Either way, an environmental mindset does no harm to the bottom line… which could tempt others to follow suit. 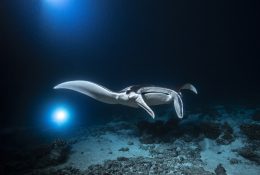