A neatly-trimmed beard, jet-black hair, a voice chiselled by an overindulgence of cigarettes and pure malt. Who are we talking to? Who else but Al Pacino.

The man is a legend. Meeting him is a little like shaking hands with Tony Montana, alias Scarface. We caught up with one of Hollywood’s greats, an ex-Godfather who at seventy years old can still surprise with an almost boyish sense of humour. Particularly when talking about watches…

You come from a family of Italian immigrants. What can you tell us about your childhood? Your first acting fee? Did you spend it on a watch?

Every cheque that came through went on food! [laughs]. Believe me, when you have an empty stomach you’re more concerned with filling the fridge than buying a nice watch, or a bespoke suit, or shiny shoes. That kind of enjoyment came much later. I’m from what you’d call the lower middle class. And I mean low. We never had two dimes to rub together. My father wasn’t around, so I went with my mother to live with my grandmother and grandfather in the Bronx. We had this tiny apartment, with the bathroom upstairs and an unbelievable view of the zoo.

I grew up in the South Bronx, which says it all. By the time I was fifteen I’d already been around the block but I always knew what I wanted to do. I loved performing in front of an audience. As for my Italian origins, the only time I heard Italian spoken at home was when the adults didn’t want me to understand whatever they were discussing, which most of the time meant bills we couldn’t pay. At 16 I could see there was no point deluding myself. I wasn’t cut out for the academic life, so I took whatever job was going just to support us. I was a caretaker, delivered pizzas, worked on a checkout, as a bicycle courier… I remember riding through the upscale parts of town, along Fifth Avenue, and thinking that my future life would be that long and straight. Occasionally I’d stop for a couple of minutes to look at the watch shops. Other poor kids like me were drooling at the big fat hams inside the expensive restaurants, and there was I dreaming about watches. I used to imagine myself wearing a beautiful watch, parading in front of the girls like a peacock. A kind of Tony Montana!

How old were you when you bought your first good watch?

It was in the late 60s. I’d just won a Tony Award for Does the Tiger Wear a Necktie. I can still see myself going into Saks Fifth Avenue with this big grin on my face. The watch I had in mind was an 18k gold Cartier, if I remember rightly. I know I tried on dozens of models by different brands. The salesman’s patience was wearing thin, although he was trying his best not to show it, and still I couldn’t make up my mind. Put yourself in my shoes: I’d been dreaming of that moment for years. In the end I left with a gold Rolex Datejust. I couldn’t stop tugging on my sleeve to show it off. I felt like I was the new Croesus!

You grew up in the Bronx. Have you ever been back there?

Occasionally. The first time it was in a brand-new white BMW I’d just paid cash for. I parked it, and barely had time to walk to the end of the street before it got stolen! [laughs]. The second time was with my daughter. She wanted to see the house and the neighbourhood I grew up in. Except there was no more house and no more neighbourhood. It had all been torn down. That’s when you realise your life is as fleeting as the wind, that you’re just passing through. After that, you can’t go around with an ego as big as the Big Apple…

Have you ever had one of your watches stolen?

No. And you can rest assured that had I worn my Rolex around the Bronx, there are gangsters who would have happily cut off my wrist for it! I’d rather not tempt fate. You can bet I never rolled up my sleeves in that part of town! [laughs]

Connected Watches? They amuse my kids. They imagine they're some kind of Jedi Knight with that on their wrist.
Al Pacino
You have this amazing screen presence. Where do you think that comes from?

I’m an only child, raised by a mother whose husband walked out on her when I was two years old. My father was a stonemason who had emigrated from Sicily. One fine day he packed up his chisels and went. I suffered from the fact there was no man about the house. Suddenly, there was a big tear in the family fabric. Since that day, I’ve always gone out of my way to cement my relationship with others.
I used to get beat up on the way to school, and because I didn’t have the muscle to punch back, I decided to use my other talents instead. I had the gift of the gab, a real showman. All I needed was an audience. I could have sold a watch without hands! We didn’t have smartwatches back then.

Come to mention it, what do you think of smartwatches?

What do I think? They amuse my kids. They imagine they’re some kind of Jedi Knight with that on their wrist. It makes me laugh to see them playing around with these gadgets, then complain when they have to wait hours for them to charge.

Are you a spender or a saver?

It comes and goes, that’s all I can say. Although there was a time in my life when I lived like a king. I had to make a few changes, otherwise I would have finished up like a caricature of the guy who likes to make a big show of his wealth. Back then, I could have bought a new watch every week but what would have been the point? I only have two wrists. It’s like chocolate cake. Don’t have eyes bigger than your belly, you’ll only make yourself sick. Yes, I enjoy watches but I’m not looking to own more than the store…

How much of a perfectionist are you?

How many examples do you want?! I became so engrossed in my role as an undercover cop in Serpico that one evening, on my way home from filming, I actually arrested a guy for driving erratically. I played a lawyer in And Justice For All. This guy came up to me and said, “You’re an attorney. I have a problem with my union, can you help me out?” And like it was the most natural thing in the world, I answered, “Show me your contract. I’ll study it and let you know my opinion. Check with my secretary for my fee.” Had I played a watchmaker, I think I would have asked to be paid in watches. Today I’m wearing a Jaeger-LeCoultre. It’s a brand I particularly appreciate, both for the style of its watches and for the mechanisms, which are at the summit of watchmaking. A watchmaker that has succeeded in combining the traditional and the modern. 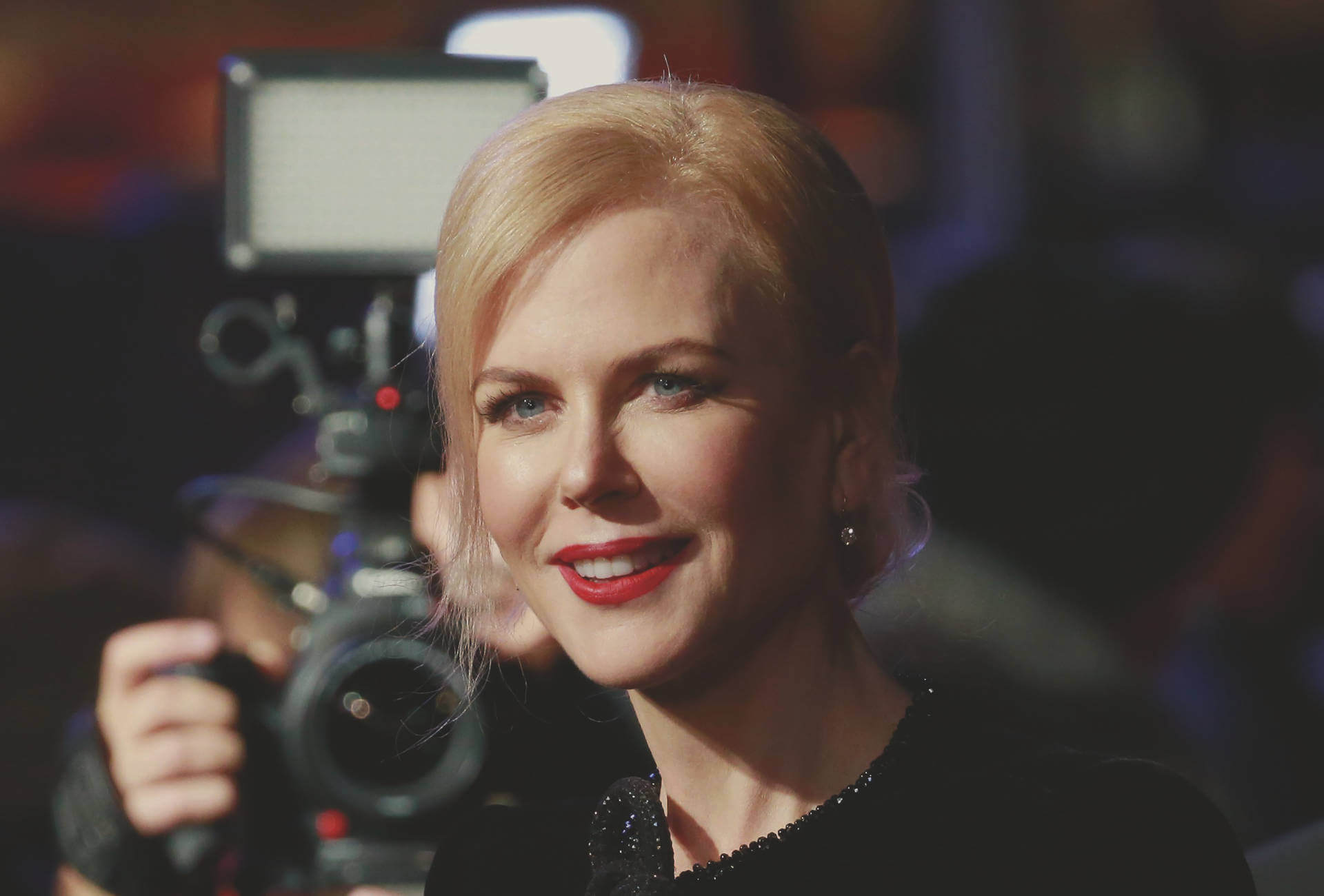 Nicole Kidman: "A watch is the perfect accessory"