As Apple Watch sales continue to climb and Swiss watch exports slide, how much does customer experience contribute to the respective appeal of these two very different products?

From emotional to random

Beyond the fact that a Swiss mechanical watch is an entirely different product to a smartwatch, and that the two convey fundamentally different values, there’s no getting away from the numbers. While Apple refuses to break out watch sales in its earnings, volume figures reveal that in 2019 the Cupertino firm shipped more timepieces than the entire Swiss watch industry. In just six years, Apple has become the world’s number-one “watchmaker”, selling more than 30 million Apple Watches in 2020. This is the exact opposite of the situation in Switzerland, where the decline in export volumes is becoming a cause for concern. From 28 million units in 2015, the number of Swiss watches shipped to international markets dropped to 20 million in 2019 and continues to decline. First-half results for 2021 show that shipments contracted 30.4% to 7 million units compared with the same period in 2019 (2020 is not a reliable base for comparison due to the global pandemic).

This isn’t just tradition versus technology. The gap is also between the business model of Swiss watchmakers and that of electronics giants, such as Apple, which run on innovation. The main Swiss watch brands have products in all categories and sizes and, to put it bluntly, apart from small distinctions in design and a handful of icons, it isn’t immediately obvious what differentiates one maker from another. “Most Swiss watches are sold in a multi-brand environment with history and craftsmanship as their key differentiators. But when every brand sells history and craftsmanship, from the consumer’s perspective there is zero differentiation,” comments Daniel Langer, a professor at Pepperdine University in Malibu, California, and CEO of luxury strategy consultancy Équité. “Even their advertising approaches are basically the same, relying on celebrities and key opinion leaders. As products and their stories become more similar, even at a high level of quality, consumers find it hard to distinguish the reason to buy a specific brand. What should be an emotional choice becomes an almost random decision.”

A sales model with no future?

Daniel Langer is no more convinced by Swiss watch brands’ retail model, which he describes as “one of the worst customer interactions of any industry.” Because the sales model is geared towards making a transaction, the majority of brands fail to build long-term relationships with their clients, apart from the occasional newsletter. They spend a fortune on advertising in order to make a sale that effectively ends the connection with the customer. This is, says Langer, a model that “has no future and is in stark contrast to Apple’s model of building a brand platform and constantly interacting with consumers, providing a fully integrated digital and physical retail experience that is engaging and inspiring.” Not forgetting the additional digital services that come with every Apple Watch, such as health and fitness trackers and contactless payment. “Once you get used to it,” says Langer, “you never go back.” Certainly not to a mechanical watch.

Alexandre Wehrlin is director of the European Business School Geneva. He regrets that watch brands, whose products are at the cutting edge of technology, fail to demonstrate the same level of innovation in their customer relations. So, Swiss mechanical or smart? For Millennials and Gen Z, whose purchases are dictated as much by the amount of cash in their wallet as anything else, it could all come down to customer experience. 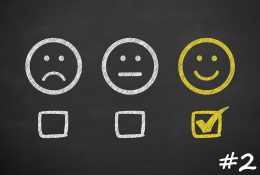 Technology at the heart of the customer experience - Part two