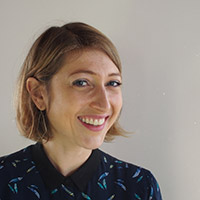 Can you spot the ultimate opal, recognise a malachite, pick your turquoise of choice or know the best pedigree for a lapis-lazuli? Learn to decipher the quality of the gemstones used for watch dials.

All the rage in the Swinging Sixties, more affordable than their precious counterparts, gemstone dials are making a comeback. Opal, malachite, lapis-lazuli, turquoise, not to mention heart of ruby, onyx, opal, carnelian, jasper and obsidian, they are legion. Piaget, more than any other brand, can take the credit for putting them on the map back in the 1960s. Fast-forward to 2019, and get ready to backcomb your hair into a beehive as gemstone dials once again add a flash of vintage-inflected fantasy to luxury watch dials.

The Bedouins believed that opal contained flashes of lightning and that it fell from the sky during thunderstorms. Spectacular, rare and – because of this – costly, opal is a form of hydrated silica. Precious opal (as opposed to common opal) is prized for its display of rainbow colours, which occurs when light waves are diffracted by the silica microspheres. White, black, fire, crystal… many varieties exist. Piaget chose a black opal cabochon for its High Jewellery Sunlight Journey Cuff in 2017, noting the difficulty of sourcing a stone that displays this highly desirable dark blue combined with bright blue and green play of colour, and of sufficient size to cut into a cabochon. Daniel Haas, whose studio hand-crafts gemstone dials, explains how a thin, flat dial is made by affixing a layer of crystal opal [also known as water opal, a transparent to semi-transparent variety with exceptional play of colour], three-tenths of a millimetre in thickness, to a black or occasionally pink ground. This could be the technique used by Rolex for the pink opal dial of the recent white gold Oyster Day-Date 36, and for the opal dial of Chopard’s L’Heure du Diamant.

Opal has a "soft heart", rating 5 to 6 on the Vickers hardness scale compared with 10 for diamond.

So what makes an opal a cut above the rest? First off, the absence of inclusions or cracks. A precious opal will also display flashing rainbow colours (whereas common opal doesn’t). These colours must be evenly distributed, with no white spots or colourless gaps. It is this scintillation that makes precious opal impossible to imitate. For the High Jewellery Cuff with opal dial, introduced in 2017, Piaget chose a Harlequin opal, thus-named because its play of colour is arranged in a diamond shape. This pattern appears only on very thin areas of the stone, adding to the complexity of cutting with micron precision. Opal has a “soft heart”, rating between 5 and 6 on the Vickers hardness scale compared with 10 for diamond. For this reason, there is a high risk of cracking during mining, cutting or polishing. Because they contain up to 20% water, opals are also at risk of cracking if allowed to dry. For all these reasons, quality opal is rare and, Daniel Haas insists, must be handled with great care, knowing that a sheet of opal for a single dial can cost as much as €7,000.

As though under some reptilian spell, the charm of malachite’s concentric bands, ranging from bright to dark green, is turning watchmakers’ heads. “Bulgari frequently uses malachite, which lends itself to many different cuts. For the Serpenti cuff, we fell in love with the contrast between the green of the malachite and the diamonds,” says Lucia Silvestri, Creative Director for Bulgari. For the Limelight Gala, Piaget surrounds malachite with a diamond-set bezel, mounted on a yellow gold bracelet whose “Décor Palace” texture is typically Sixties. When selecting stones for the dial, Piaget looked for strong contrast between the different shades of green, parallel bands, and no black spots. For its L’Heure du Diamant, Chopard also matches malachite with diamonds, certified by the Responsible Jewellery Council.

Africa, Russia, Australia, the US, Italy or France, this copper carbonate is mined from copper deposits all over the world, although Congo is the biggest producer. Relatively common, malachite is enjoyed for its appearance rather than its rarity. Easily scratched due to its softness and sensitive to heat, cutting and polishing malachite can be a test of the lapidary’s patience, as Daniel Haas confirms. “When making dials, we’re often asked to cut along the bands. This makes the malachite more fragile still, as these darker stripes are more porous. Polishing is done cold, using paraffin.”

Treasured by the Ancient Egyptians and by the Chinese four thousand years ago, turquoise is readily associated with “ethnic” and in particular Native American jewellery. Unlike opal and malachite, which are rarely faked, imitation turquoise is commonplace and has been since the nineteenth century. Odontolite, glass and dyed magnesite are all used as substitutes for the genuine mineral, a hydrated copper and aluminium phosphate.

The most prized turquoise is a uniformly light blue, with no black or brown matrix.

Colour can range from an intense light blue, the rarest shade, to pale green. The most prized turquoise is a uniform shade of light blue with no black or brown matrix (traces of the host rock in which it formed). The turquoise for the dial of the Piaget Possession is of this calibre, namely a bright blue colour with no inclusions or efflorescence; quality criteria which Piaget points out are difficult to find today. Another vivid blue, evenly coloured turquoise appears on the dial of Chopard’s L’Heure du Diamant. Rolex, on the other hand, has chosen a veined turquoise for its Day-Date 36 in yellow gold. Each dial is crafted from natural turquoise that has been individually selected for its colour and structure, preciousness and elegance. The stone is then polished to bring out its natural lustre.

Colour is the principal factor when rating lapis-lazuli for quality. Ranging from a greenish blue to almost violet, the most desirable stone exhibits an even colour with no calcite veining. It might even contain golden specks of pyrite – as seen on the 2018 Piaget Possession watch. A deep ultramarine blue and evenly flecked, such a stone is virtually impossible to find today, says the brand. “The finest specimens are sourced in Afghanistan,” confirms Daniel Haas, “in mines situated at 3,500 metres altitude and therefore extremely difficult to access. Explosives are used to extract the stones which can be cracked in the blast, making them unusable for watch dials. Quality lapis-lazuli has become something of a rarity. Fortunately, we still have some in stock.”

Unusually, lapis-lazuli has a hardness of 8 and polishes easily. Its rarity has led to a proliferation of synthetic imitations. As with turquoise, these resins can be spotted during polishing, under a microscope or because they melt when heated.