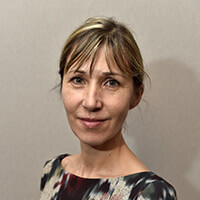 From the watchmaker’s workbench to the architect’s drawing board, it’s a case of bigger, bolder, better as brands take the industry towards an ever more spectacular future.

The first time you see him light up a cigar, jeans and sneakers in an ocean of suits, you get the feeling “Mr Chairman” might not be necessary. Formalities are not for him any more than the conventions (or prestige) that go with the job. Nicolas Hayek Jr. grew up in the shadow of a father known for his nonconformist ways and a penchant for Havana’s finest. Accordingly, each of his official appearances is swathed in clouds of smoke and sponsored by Levi Strauss. On this day in October 2017, the President of the Group Management Board was cutting the ribbon at Omega’s new production site in Biel: 16,000 square metres, 70 metres long, 30 metres wide and 30 metres high. It is the work of Japanese architect Shigeru Ban and cost CHF 150 million. It is a haven of modern and contemporary art, a futuristic vessel built of concrete and Swiss spruce. A crowning achievement? No. Simply a stopover in a project that would culminate two years later – in 2019 – with the inauguration of the second leg of the building, home to the Swatch Group headquarters, as well as museums for Swatch and Omega, enclosed in a mantle of timber. Locals refer to it as the “dragon”. A much-needed extension, says Hayek Jr., cigar in hand.

Success breeds success. Like father, like son, Nick Hayek Jr. carries on where his father left off. In his day, Nicolas Hayek, a born entrepreneur who engineered the Swatch’s success, built an empire of brands. There are many others like him, doing business like a mountaineer preparing to take on Everest: eyes riveted on the summit, feet rooted in a strategic ascension, ready to invest heavily in brick and mortar (their production tool). Patek Philippe poured CHF 500 million into the construction of a new building in Plan-les-Ouates. Audemars Piguet is expanding in Le Brassus with the creation of a new museum together with a 50-room hotel by Danish starchitect Bjarke Ingels. All supersized constructions.

Brands have another outlet through which they can show off their dreams of grandeur, and that is of course the watch. The determination to push back limits is the soil in which the history of watchmaking took root, and the desire to pave the future with superlatives is just as strong. Over recent decades, “records fever” has gripped the industry and now extends to every domain, whether mechanisms, design or price. This explains the advent of timepieces that warrant a place in the record books but are of limited use in terms of everyday wear. Idealistic? Perhaps. For example, the new Omega Seamaster was developed to withstand pressure at 300-metres depth. Who dives that far down? Behind this record lingers the legend of Atlantis, or Captain Nemo guiding the Nautilus beneath the waves. Who cares if the watch only sees the ocean a couple of days a year, or that its owner gets seasick on a paddle board. For him, it is the next best thing to a life of adventure roaming the seas.

Nowhere is the urge to achieve new exploits greater than inside the manufactures.

The family crest of Nicolas Fouquet, minister of finance to Louis XIV, bore the motto quo non ascendet? (what heights will he not scale?), a phrase we could apply to just about any watchmaker – not out of necessity but rather as a pretext to dream. What’s to be said about the intergalactic appeal of the MB&F Horological Machine N°6 Final Edition? Its 60-second flying tourbillon, safe behind a retractable shield, its aluminium turbines and the general impression of wearing a spaceship on the wrist won’t put us on the first manned mission to Mars but will rekindle the excitement of conquering space. The same is true of the 47mm diameter of Panerai’s Submersible Chrono – Guillaume Néry Edition. Yes, it does add to the legibility of the dial but it’s really the powerful, virile aspect that we appreciate in this (very) large watch.

The mechanics of desire

Nowhere is this urge to achieve new exploits greater than inside the ateliers and behind the walls of the manufactures. It’s here, tucked away in a remote valley, that the most perfect, most extraordinary calibres are brought to life. Mechanisms that are defined by numbers: over a thousand components for the Jaeger-LeCoultre Master Grande Tradition Gyrotourbillon Westminster Perpétuel – 1,150 to be exact.

So what price do these creations command? In 2012 Beyoncé gifted her husband, Jay-Z, an avid watch collector, a white gold Hublot smothered in 1,282 diamonds weighing 100 carats for the modest sum of… $5 million. Which is peanuts compared with the price certain watches fetch at auction. In October 2017 a Rolex that once belonged to Paul Newman sold for $17.8 million. Don’t stare at your plastic watch in dismay. In 2015 a Luxembourg insurance broker sold his collection of 5,800 Swatch watches, estimated at $1.3 million, for more than $6 million!