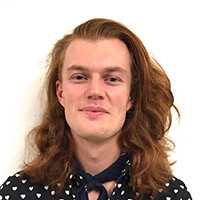 SIHH 2017 saw Fine Watchmaking brands embrace the power of social media by tapping into current trends and engaging new audiences. Fabienne Lupo, Chairwoman of SIHH and Managing Director of the FHH gave an opening speech in which she cited the forward-thinking stance of this year’s event.

“Faced with a world that is being segmented and choosing self-withdrawal, the exhibitors committee on the contrary, has decided to open the doors of the exhibition and has opted for welcome as its key word”.

SIHH 2017 indeed heralded a year of openness and firsts, for both the FHH and for the exhibiting brands at the event; the first time the event opened its doors to the public, the first time a brand used dark social as a means to drive traffic and the first time Instagram stories were integrated into social media strategies.

The FHH for instance hosted a Facebook live of the opening ceremony and with a reach of over 350,000, it proved to be successful.

Social media is becoming more influential than ever and Fine Watchmaking brands took full advantage of how they marketed their 2017 novelties through these platforms.  At the very core of their approaches: connecting with relevant audience across the world, and making SIHH as pervasive and desirable as possible.

The event itself gained substantial online coverage, with over 665 mentions among top Fine Watchmaking influencers and over 11,000 beyond them (check out the latest trend report for more insights). Many of the exhibiting brands used some innovative techniques in order to better market their products on here. Below is an in-depth analysis of the techniques used by the brands with the most online mentions.

Montblanc were dominant when it came to their online mentions with 1,776 across Twitter, news sites and blogs, and their related hashtags on Instagram being used over 2,500 times.

First of all, the brand hosted a competition with the chance of winning one of their new Timewalker timepieces.

This was no ordinary giveaway, however. The week-long competition involved 30 tasks throughout SIHH in which contestants earned points. Whoever had the most points at the end of the week, won the watch. Tasks included posting images on Instagram, answer multiple choice questions, regramming Montblanc and posting videos of yourself reciting quotes. The brand even featured prominent watch Instagrammer @watchanish hosting part of the competition on his own Instagram.

Past their competition, which helped to create great engagement with the community, they used Instagram Stories to highlight the true artistry of Fine Watchmaking. The short 10 second clips featured different parts of a timepiece with an expert teaching viewers about the different elements being shown. This showed that a core part of Montblanc’s strategy was to educate their users, and not simply gain new followers.

Finally, and unsurprisingly, Montblanc leveraged some star power when they hosted their annual Gala dinner. The red carpet event featured the likes of Hugh Jackman, Joan Smalls and Gwei Lun-Mei. The event was publicised heavily with the brand ambassadors posting on their own Instagram pages and Montblanc hosting another round of Instagram Stories which featured short interviews with the stars. During the Gala they also pushed their followers to add their Snapchat page for ‘behind the scenes’ footage of the celebrities.

IWC weren’t far behind Montblanc when it came to their online mentions, with a grand total of 1,557 and more than 3,400 hashtag uses. The shock is that IWC needed nowhere near as many techniques to engage their fans.

The brand opted for simple, traditional PR techniques to gain online coverage which – beyond wrist shots – included a viral mannequin challenge video. A video which gained around 25,000 views, and the IWC Gala, red carpet event.

The event hosted their biggest brand ambassadors, such as Lewis Hamilton, Adriana Lima and Xenia Tchoumi. They posted throughout the event on Instagram and also on their Instagram Story – similar to what brands do at events such as the Oscars. These ambassadors, with colossal social followings posted on their own pages to drive traffic back to the IWC Instagram page. As an example, Lewis Hamilton’s Instagram image of the event, which shows him showing off his IWC Da Vinci watch, used all the relevant hashtags and gained more than 88,000 likes.

Vacheron Constantin took a different approach to IWC and Montblanc whilst also harnessing the power of influential online personalities.

Throughout SIHH they featured several prominent figures within the watch blogging community, such as @mrpinglife and Amr Sindi, Editor in chief of The Horophile, who were seen engaging in in-depth videos discussing the workings and design of the brand’s new collection.

Although these figures do not have the power of commercial celebrities, they worked well to gain online coverage as within the watch community, these bloggers are more influential than their celebrity counterparts. It made sense to drive hyper-relevant traffic back to the brand’s Instagram.

Ultimately this makes sense, as the followers of these bloggers are much more likely to:
a) follow their Instagram page
b) buy a Vacheron Constantin timepiece.
This is because the followers are clearly already watch enthusiasts with a huge interest in Fine Watchmaking.

Although these brands may not have garnered the same amount of online coverage as the three powerhouses above, they did produce some intelligent marketing tactics, some which have never before been seen within the Swiss watch industry.

Baume & Mercier created hyper-personalisation with their VIP WhatsApp group. The group, which was advertised on their Instagram and Facebook pages, offered followers exclusive ‘behind-the-scenes’ updated on the brand’s activities during the SIHH.

This use of dark social (defined as the social sharing of content that occurs outside of what can be measured by Web analytics programs such as WhatsApp, texts and Facebook Messenger) gives the brand the ability to drive traffic to whatever platform they wish whilst also creating an instant connection with individuals that isn’t seen over normal social channels.

The brand also used their Whatsapp group to collect questions from fans to ask during their interview with designer director, Alexandre Peraldi which was broadcast via Facebook Live.

Another brand that harnessed the use of dark social was Jaeger-LeCoultre. Before SIHH the brand released a chatbot via Facebook Messenger, which helps users find their perfect watch, by strap type, gender, shape and collection and redirects users to their e-shop or the closest boutique.

They also used Instagram as a means to showcase their Virtual Reality display at SIHH and drive traffic directly to their branded apps. These methods, despite not garnering massive online mentions may have worked well for app downloads.

Finally, Panerai curated intelligent ‘tap-here’ style Instagram stories which showed users a Panerai LAB-ID being created step by step, highlighting its innovation in Fine Watchmaking, and eventually gave users the chance to visit their 2017 novelties website, which displayed all the watches unveiled during SIHH this year. This smart technique gave the brand a chance to drive website traffic, which was clearly one of their priorities.

The Industry showing its fighting spirit

Despite difficult times for the Swiss Watch Industry this year, SIHH showed that there’s fight still left in the brands. Their social media savviness showed the innovation which the industry has always been so famous for.

Whilst brands gave themselves a firm footing in reality, with the extensions of entry-level ranges and emphasis on classic forms, this by no means thwarted the true artistry of Fine Watchmaking – creations such as the Rotonde de Cartier Mysterious Tourbillon or the Richard Mille RM 50-03 Tourbillon Split Seconds Chronograph Ultralight McLaren F1 proved this.

Technical and exceptional Fine Watchmaking has continued to push boundaries. This year showed that brands were beginning to understand a difficult time in the marketplace and re-evaluate their tactics accordingly, in both design and marketing.